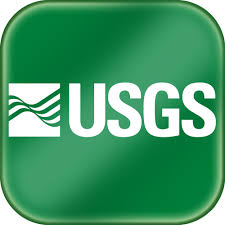 Four minutes after 3pm Tuesday a 4.8 earthquake hit north of Big Pine.  The US Geological Survey says the first earthquack struck Tuesday afternoon at 3:04 local time.  The epicenter located 6 miles west, north-west of Big Pine.  The inital report showed the quake with a magnitude of  5.3, but was later revised down to a 4. 8.

Margret Mangum of the USGS indicates the quakes on Tuesday are “Unrelated to Volcanic unrest” and are “Typical of activity in the Owens Valley”.

Both the Bishop Police Department and Inyo County Sheriffs department confirmed reports of residents and visitors experiencing the earthquakes, but no major damage or injuries were reported.

The USGS is confirming a 3.8 earthquake struck just minutes prior to 8am today.  The USGS indicates the earthquake was located 8 miles south-east of the Town of Mammoth Lakes.  The quake had a depth of 5 km.   No damage has been reported, however folks reported feeling the minor quake in the greater Mammoth area.

The USGS is confirming a 3.3 quake struck in the Bishop area early Saturday.  Just 6 minutes after 7am the 3.3 quake was detected 3 miles west northwest of Bishop.  The USGS initially listed the quake at 3.6, but later downgraded it to a 3.3.  No major damage or injuries were reported, however the minor quake did disrupt water service to the Highlands mobile home community due to a broken water line.