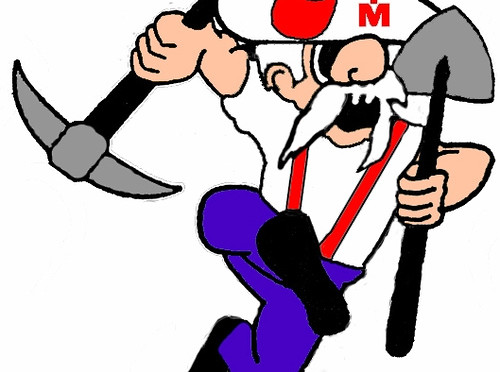 The Tonopah Wrestling team has been on a bit of a roll this season with multiple wrestlers placing high and winning tournaments. Head coach, Duffy Otteson has helped turn this team into one of the premier wrestling programs in the state of Nevada.

One of the standout wrestlers this season has been Kevin Pope, who has been dominating opponents in the 220 lbs weight class. Pope currently has a 24-2 record and is one of the most highly touted individuals in the state pertaining to wrestling. One would expect nothing less from the standout wrestler, who won the Nevada State Championship last year at 220 lbs.

Kevin Pope is not the only wrestler having a great season this year. Duffy Otteson’s son, Dillan is one of the team’s most talented wrestlers. Dillan Otteson is currently 25-8 in the 145 lbs division and placed 4th in state last year.

Vance Day has also been having himself a fruitful season, placing 6th place in the Spring Creek Tournament this past weekend at 160 lbs. His record is currently 7-3, and he is looking to improve that mark when Day and his ten teammates travel to Fernley this weekend.

Comments by Head Wrestling Coach Duffy Otteson – “Winnemucca is a very tough tournament (26 teams). There is a lot of big schools there and some schools that come down from Idaho and Oregon. Our kids did well and learned a lot from the tournament. We are still a very young team with very little experience. We are off to lovelock this weekend for another big tournament we are hoping to get everyone healthy this week as we have been sick. We should have 6 wrestlers going this weekend. We then will get a break and come back to Alamo for a tournament and we should be up to 7 kids for that tournament. The kids have been working hard in practice and are improving.”