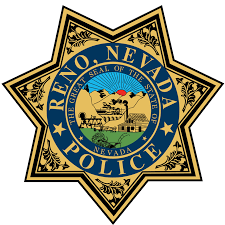 A Bishop resident was struck and killed by a semi truck in Reno, NV Monday evening. Eugene Bowman, a 72 year old male, was hit at the intersection of N. Virginia St. and N. McCarran Blvd. around 7:00 PM.

About thirty minutes later, police arrived to the scene and discovered Bowman’s body near the Our Mother of Sorrows cemetery.

Police believe that Bowman was hit in the travel lane by the truck, which was going southbound. After the incident occurred, the driver remained on the scene.

Reno Police Department Public Information Officer, Travis Warren said, “The death of Eugene bowman is currently under investigation. Right now, we know that Mr. Bowman was struck by a semi-box vehicle in the travel lane. The box truck driver is currently cooperating with our investigation. The accident was fatal and we are currently undergoing procedures with detectives and authorities.”

Warren also said that there is a chance of a hit and run being involved in Bowman’s death. “There is a possibility of another vehicle being involved according to an eye-witness.” Warren went on to say, “The witness alleges that a second car struck Bowman and fled the scene. At this point, however, that claim is currently unsubstantiated and the investigation is still ongoing.”

Police believe that neither speeding nor controlled substances are in play in this investigation.