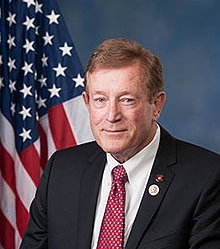 WASHINGTON – Rep. Paul Cook (R-Apple Valley) is pleased to announce Inyo and Mono counties honorees for the 2015 “Salute to Women: Young Leaders and Mentors” recognition ceremony. The event will be held at the Apple Valley Town Conference Center on Saturday, September 12, 2015 at 10:00AM. The public is encouraged to attend this free event.

This year’s honorees were divided into two categories: Young Leaders and Mentors. Honorees in the Young Leaders category are high school and college-aged women who have demonstrated exceptional leadership qualities. Women in the Mentor category will be recognized for their selfless work with the youth.

Lis Mazzu of Bishop and Shira Dubrovner of Mammoth Lakes were selected as Mentors by Rep. Cook for the excellent work they’ve done on behalf of the youth in their respective communities.

Mentors
Elisabeth “Lis” Mazzu:
Lis, a former entrepreneur, became a McDonald’s Owner/Operator with her husband, Kevin. With multiple McDonald’s locations in Inyo and Mono counties, Lis has taken it upon herself to make a difference in her local community. Currently, she is a board member of the Bishop Union High School Foundation for Excellence and The Round Valley School STEP Foundation, both of which raise funds for technology for youth.  She is also active with Healthy Communities of Southern Inyo and Inyo County Childhood Obesity Taskforce, where she works to promote healthy lifestyles and balanced eating for local youth.  Additionally, she is a member of the Board for the Bishop Stingray’s Swim Team and for nine years helped underwrite “Kids Day” at the Tri-County fair so that thousands of children under the age of 12 can be admitted for free. She focuses on training and mentoring youth in her business because she believes in making a difference for our “Leaders of Tomorrow.”

Shira Dubrovner:
As the Artistic Director of the Mammoth Lakes Repertory Theater, Shira has made it her mission to engage young people in the art of expression. She produced numerous theater productions, including Theatre for Young Audiences shows “Aesop’s Fables,” “Zagazoo,” and “Blue Nose,” that elementary school students in Mono and Inyo counties attend free of charge. With theatrical credits too long to list, Shira is instrumental in efforts to develop an expanded Arts Center that will benefit communities in the Eastern Sierras. Those lucky enough to take in one of her performances will appreciate Shira’s ability to challenge her audiences with compelling subject matter. 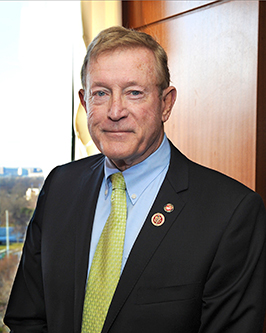 Rep. Cook’s staff will be on hand to answer questions and provide casework assistance to constituents with issues pertaining to federal agencies, such as Veterans Affairs, Social Security, and Internal Revenue Service. If you would like to schedule an appointment, please contact Rep. Cook’s Apple Valley District Office at (760)247-1815. Walk-ins are also welcome.

A member of the House Natural Resources, Armed Services, and Foreign Affairs Committees, Cook served as an infantry officer and retired after 26 years as a Colonel in the U.S. Marine Corps. During his time in combat, he was awarded the Bronze Star and two Purple Heart.

Rep. Paul Cook (R – Apple Valley) announced that he will host a meet and greet event on Sunday, May 24, 2015 for constituents in the Inyo-Mono region.

At the meet and greet, Rep. Cook will provide a legislative update and field questions from residents in the area.

The event will take place on Sunday, May 24 at the Mammoth Rock Brasserie Restaurant located upstairs at the Mammoth Rock ‘n’ Bowl. The address for the event is 3029 Chateau Road Mammoth Lakes, California 93546. This will provide a great opportunity for residents of California’s Eighth Congressional District to hear directly from their Representative in Washington. For further information, please contact Rep. Cook’s District Office at 760-247-1815.

A member of the House Natural Resources, Armed Services, and Foreign Affairs Committees, Cook served as an infantry officer and retired after 26 years as a Colonel in the U.S. Marine Corps. During his time in combat, he was awarded the Bronze Star and two Purple Heart.

Bridgeport, CA – On April 21st, 2015 the United States Department of the Interior hosted a multi-agency event announcing that the Bi-State Distinct Population Segment of Greater Sage-grouse will not be listed as threatened. Mono County hailed this action as a step forward in achieving species preservation and ensuring that new regulatory burdens were not imposed on private and public land owners of the Eastern Sierra.

Mono County Board of Supervisors Chair Tim Fesko, representing Mono County at the announcement event, commented, “A listing would have been devastating to Mono County. The proposed critical habitat blanketed 82% of private lands in Mono County, and would have been a regulatory burden that would have deeply damaged our fragile rural economy. Today’s action by the Department of the Interior shows that Mono County’s ongoing commitment to resolving this issue through participation paid off for our communities and for the species. Mono County had a choice when the proposed listing was issued: Commit to the conservation effort based on the understanding that the Sage Grouse should not be listed for scientifically verifiable reasons, or fight the listing. Mono County chose conservation and the power of partnerships and collaboration over political grandstanding.”

Mono County has been involved since the early days of the Local Area Working Group (LAWG) in 2000 and was at the table for the 2004 Bi-State Action Plan, participated in the 2012 update, and regularly attended the LAWG meetings. Mono County has taken a local government leadership role and helped to:
1. Develop a summary report of conservation actions and future agency commitments for the entire Bi-State.
2. Support and host outreach and education forums on topics such as pinyon-juniper management and critical habitat.
3. Encourage and enhance inter-agency communication and coordination.
4. Work with private landowners to mitigate impacts, follow best practices, and secure resources for conservation work; and count leks with agency biologists to assist with population monitoring.

If the Grouse had been listed, Mono County would have been forced out of a conservation role and into a regulatory role, directing Landowners to obtain clearance/permits from Federal agencies. Mono County commends the USFWS for its decision to not list the species, and its recognition and support of the tremendous efforts of federal, state and local agencies, conservation entities and local landowners in the collaborative planning and implementation of the Bi-State Action Plan. Congratulations also to Steve Nelson, BLM Area Manager, on receiving the STAR Award from Secretary of Interior Sally Jewell for his grouse preservation leadership during Tuesday’s announcement.

WASHINGTON – Tuesday, Rep. Paul Cook (R- Apple Valley) released the following statement after the United States Department of the Interior announced it will not list the sage grouse found in California and Nevada as an endangered species:
Cook said, “Today’s announcement by Secretary Jewell is recognition of the hard-work done by state and local governments to protect sage grouse habitat. Because of this effort, the sage grouse habitat has been stabilized and draconian federal regulations will not be implemented. This is a victory for my constituents who would have faced economic harm if the sage grouse was listed as an endangered species.” 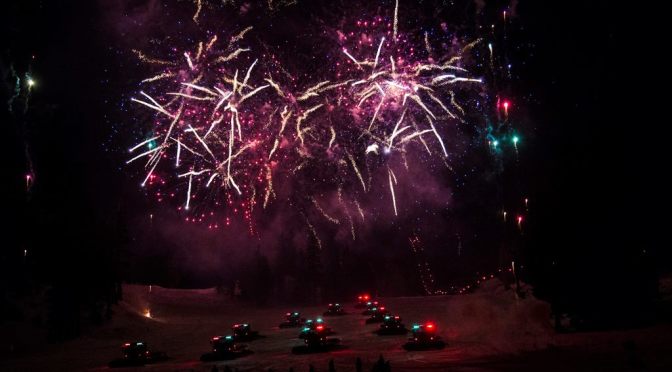 January 16, 17, 18, 2015 at Furnace Creek. The schedule:
Friday: 6pm – 8pm
Complimentary Social Hour in Marquez Room at Furnace Creek Inn
Saturday:
8am – 3pm
Tour of Southern Inyo County with Representative Paul Cook
Cost: $25 per person.
The tour will leave the lower parking lot of the Furnace Creek Inn at 8am. We will be touring Charleston View, St Theresa Mission, China Ranch Date Farm, Tecopa Hot Springs, Shoshone and, time permitting, Ash Meadows for Lunch. We want to show Representative Cook Inyo County as well as let him get to know some of his constituents. This will be a time for those who want to speak to Representative Cook about any federal issue you might have. Lunch will be served and beverages provided.
The bus is being provided by Inyo County School Superintendent Terry McAteer and the driver is the Superintendent of the Death Valley School District, Jim Copeland.

Make your room reservations by calling Furnace Creek Resort 760-786-2345 and ask for reservations.  Use either booking number 676452 for the Inn or 676201 for the Ranch. To receive the special price you must book by December 16th.