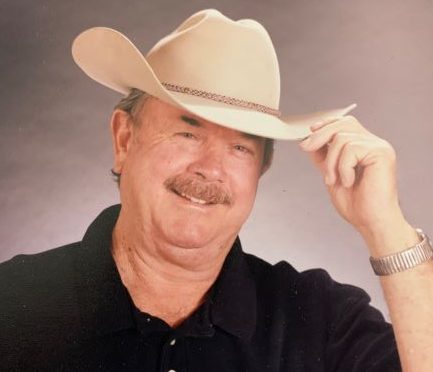 Johnnie (John) Dale Oney passed away peacefully on Wednesday, May 8th, 2019 at his home, with family by his side, at the age of 79.

He was born in Oney, Oklahoma on August 2, 1939, son of the late Ollie and Beulah Oney. Johnnie and his family moved to Ridgecrest, CA in 1946 and graduated from Burroughs High School in 1958. After graduation Johnnie joined the United States Marine Corps with his best friend, Larry Ingle, receiving training at the Marine Corps Recruiting Depot in San Diego and Camp Pendleton and later stationed in Okinawa, Japan. After an honorable discharge from the US Marines, Johnnie returned to Ridgecrest, CA where he worked as a Data Technician for Control Data Corporation.

Johnnie met the love of his life, Diane Konrady and they were married on June 19, 1965 at the All Faith Chapel in China Lake, CA. Together, with their 4 children, they moved to beautiful Bishop, CA where he managed and later became the owner of Oney’s Bar-B-Que Bills. After retiring from the restaurant business, he obtained his real estate license and continued his love for interacting with his community.

Johnnie traveled the world with friends and enjoyed many great adventures. He truly enjoyed spending time with his friends and family, especially his grandchildren and great-grandsons.

A memorial service will be held at 11:00am on Wednesday, May 15th, 2019, at Our Lady of Perpetual Help Catholic Church at 849 Home St, Bishop. Everyone is welcome to a luncheon gathering at the Parish Hall following the service.

In lieu of flowers, donations can be made in memory of Johnnie Oney to the local Veterans of Foreign Wars, Post 8988 Bishop Post at 484 Short St., Bishop, CA 93514-3510 or the National Alzheimer’s Association at alz.com.