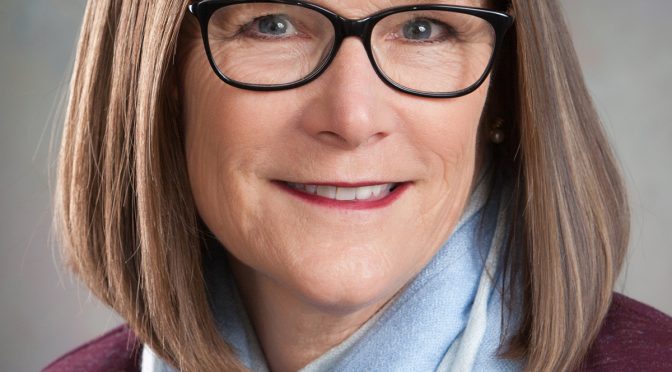 Posted by Seth Conners
According to Barbara Laughon at NIHD, veteran registered nurse Tracy Aspel, perhaps best known in the community for her role in establishing the Rural Health Clinic alongside Dr. Stacey Brown, is now Northern Inyo Healthcare District’s Chief Nursing Officer.
Prior to being named CNO, Aspel served as Director of Nursing Practice and Interim CNO. As Chief Nursing Officer, Aspel is responsible for overseeing and coordinating NIHD’s nursing team and its daily operations.
“Tracy has a strong rapport with our nurses and has earned the respect of NIHD’s entire team for her tireless dedication to improving healthcare outcomes whether as a nurse, at the RHC or as an administrator,” said Dr. Kevin S. Flanigan, NIHD’s Chief Executive Officer. “She also brings a strong leadership ethic to this position, which will well serve the District, its nurses, and ultimately its patients.”
Aspel served as the RHC Director for 14 years before stepping into a nursing administrative role a little over a year ago. She was asked to be the Acting Chief Nursing Officer in 2016. Dr. Flanigan said Aspel more than proved her abilities to take on the demanding role in a full-time capacity.
“I love this hospital and our community,” Aspel said. “I have worked the majority of my career at Northern Inyo, where I have gotten to provide nursing care to my neighbors and be a part of an amazing team. Nursing is a wonderful career, where what you do matters each day. “
Aspel and her husband, Greg, live in Bishop and have two daughters.
In another leadership change, Maria Sirois, NIHD’s Chief Performance Excellence Officer, announced her resignation effective March 17 after three years of service. Sirois cited her desire to pursue her doctorate as her reason for leaving NIHD.
“We appreciate Maria’s service to the NIHD community and wish her well as she starts the next chapter of her academic and professional career,” Dr. Flanigan said. “We will miss the energy and passion for continuous improvement that Maria brought to our organization.”
Flanigan went on to say that during her tenure at NIHD, Sirois improved survey readiness and actively led and participated in Joint Commission and regulatory activities. She also built a team and a culture that is committed to improving processes and service for patients and their families.
Recruiting efforts are underway to locate a new leader for the risk and quality departments.
In other NIHD news, the District signed on to participate in Caltrans’ Adopt-A-Highway program and will be responsible for the two-mile stretch of U.S. 395 which serves as Bishop’s Main Street, and a similar area near Warm Springs Road.
The Adopt-A-Highway program, which began in the state in1989, is one of the truly successful government-public partnerships of modern time. More than 120,000 Californians have cleaned and enhanced more than 15,000 shoulder-miles of roadside.
Participation can include removing litter, planting and establishing trees or wildflowers, removing graffiti and controlling vegetation. Caltrans solely administers the Adopt-A-Highway Program. Adoptions usually span a two-mile stretch of roadside, and permits are issued for five-year periods.