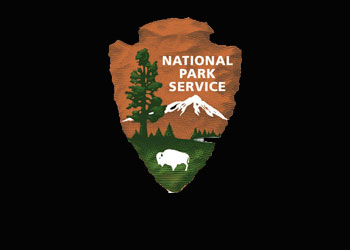 A 77-year-old man from Singapore collapsed at Zabriskie Point on September 19. Fortunately, a bystander at the popular viewpoint was a vacationing medical provider, who with the assistance of other bystanders quickly started cardiopulmonary resuscitation (CPR) after determining the man had no pulse and was not breathing. National Park Service rangers received notification from a 911 call and were on location within 10 minutes.

Upon arrival park rangers deployed an automatic external defibrillator (AED) to apply electric simulation to the man’s heart. After defibrillation and more than 10 minutes of CPR the man’s pulse returned and he was able to speak.

He was transported by park ambulance to a landing zone and taken to a Las Vegas area hospital by Mercy Air helicopter.

Death Valley National Park’s Chief Ranger, Rob Wissinger, said, “This incident is a great reminder of how the links in the chain of survival starts with bystander CPR and continues all the way to definitive care. This is something that we train for with our partners and it is great to see these links come together to provide the best possible service to someone in need.”

According to a press release from NPS “Yosemite National Park welcomes visitors from across the country and around the world,” said Acting Superintendent Chip Jenkins. “We are delighted to share the story of this place and the experiences it provides. We also feature the park as a way to introduce our visitors to this part of the country and all that it offers. National park tourism is a significant driver in the national economy, returning more than $10 for every $1 invested in the National Park Service, and it’s a big factor in our local economy as well. We appreciate the partnership and support of our neighbors and are glad to be able to give back by helping to sustain local communities.”

Gateway communities along the Highway 120, Highway 140, and Highway 41 corridors provide a wide variety of recreational opportunities and services to help meet the diverse interests and needs of the over 5 million visitors who travel to Yosemite National Park. “We are a proud partner of the Yosemite Gateway communities and the many small businesses that provide services for visitors traveling to Yosemite National Park throughout the year.”

The peer-reviewed visitor spending analysis was conducted by economists Catherine Cullinane Thomas of the U.S. Geological Survey and Lynne Koontz of the National Park Service.  The report shows $18.4 billion of direct spending by 331 million park visitors in communities within 60 miles of a national park. This spending supported 318,000 jobs nationally; 271,544 of those jobs are found in these gateway communities. The cumulative benefit to the U.S. economy was $34.9 billion.

The report includes information for visitor spending at individual parks and by state.

To learn more about national parks in California and how the National Park Service works with California communities to help preserve local history, conserve the environment, and provide outdoor recreation, go to www.nps.gov/california.