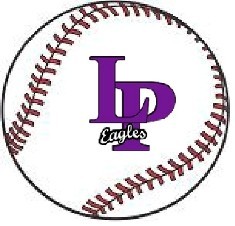 Lone Pine Baseball and softball opened Desert Mountain League play with big wins over Mojave.  Softball roughed up the mustangs 20-2 while the baseball team shutout Mojave 7-0.  Lone Pine softball was scheduled to play Immanuel Christian Thursday, but baseball coach and athletic director Michael Button indicates that the softball game with Immanuel has been cancelled, but will be rescheduled.

Bethel Baptist High School made the trip from Santa Ana to Lone Pine Wednesday night for the opening round of the CIF Southern Section Ford basketball championships.   The Golden Eagles were not kind hosts downing the Warriors 84-29.  Senior Ryan Cappello nearly outscored Bethel himself, pouring in a game high 28 points.

Lone Pine’s win over Bethel Baptist moves the Golden Eagles record to 20-5.  A win over Trona would punch Lone Pine’s ticket to the Quarterfinals.  The CIF southern section quarterfinals for Division 6 are set for Tuesday, February 23rd.

Lone Pine boys basketball traveled to Yermo Thursday evening for a winner take all Desert Mountain League championship game.  The Golden Eagles won 76-55 claiming the League title.  The much celebrated senior class added another crown to their impressive resume.  Ryan Cappello and UC Irvine bound Brad Greene both logged double-doubles in the championship game.  Lone Pine improves to 19-5 overall and 13-1 in Desert Mountain League play.  The Golden Eagles will now set their sights on a CIF southern section playoff run.  The Brackets will be posted this weekend.

Homecoming basketball at Lone Pine High School was  a big success with both the boys and girls varsity notching key wins over Boron.  This week Lone Pine will host Desert Tuesday (senior night), and wrap up the regular season Thursday with a trip to Silver Valley.  The Lone Pine Boys (11-1 Desert Mountain League) are currently tied with Silver Valley (11-1 DML) while the Golden Eagle Girls move into a third place tie (8-4) with Boron.  Desert and Silver Valley lead the girls standings.

The Golden Eagles celebrated homecoming with a strong victory Friday night.  Brad Greene and Ryan Cappello logged double-doubles with 18 points and 12 rebounds for Greene and 13 points and 11 rebounds for Cappello.
The win keeps Lone Pine in the drivers seat for the DML championship.  Lone Pine has a challenging week starting with Desert Tuesday, and finishing the regular season on the road at Silver Valley.  Desert handed Lone Pine their only DML loss in two seasons earlier this year while Silver Valley boasts a 11-1 DML record.

Lone Pine moves into a third place tie in the DML standings with a 41-39 win.  Lone Pine moves even with Boron with a 8-4 league record.  The Golden Eagle girls have a big week hosting #1 Desert Tuesday and traveling to #2 Silver Valley Thursday.

Boron, CA – Lone Pine traveled to Boron Tuesday and fell in a very competitive five game match.  Lone Pine won games 1 and 2 (25-20, 25-16) then dropped games 3 and 4 (22-25, 23-25) setting up the tie breaker losing 11-15.  “We jumped all over the Lady Cats in the first two games and just could not finish in games three and four”.  “Boron is always a tough place to play, our game plan worked, it was just some key errors that got us; again, I was proud of our cohesive effort”.  Lone Pine is now 6-6 in the DML, and currently in 4th place, clinging to the final playoff spot out of the tough DML.  The Lady Eagles will now host the #2 ranked Desert Scorpions on Thursday (JV will start at 3:00PM) then finish out the regular season on Friday hosting Silver Valley.  Coach Joseph will honor his six seniors on Friday against the Trojans.  JV begins at 4:00PM

Coach Mel Joseph’s report:
Action, CA – Lone Pine traveled to Action on Tuesday and fell in four games to the Mustangs. Vasquez won game one 25-11, Lone Pine won game two 25-18. Then in game three with the score 6-3, Lone Pine’s senior middle blocker Katie Lacey came down on a Vasquez player at the net injuring her ankle and have to leave the match. Playing with seven players, one of whom is a Libero, the Lady Eagles had to finish game three with only five players having to take a side out (and a point earned for Vasquez) each time Lone Pine rotated to Lacey’s service rotation. Lone Pine lost game three 25-14. Game 4 Lone Pine placed Libero Lacie Jones into a regular jersey and inserted her into the middle blocker position giving the Lady Eagles six players on the court. Lone Pine lost game four 25-20. With the loss, Lone Pine is now 6-4 in DML, 10-10-2 overall.

“Given the emotional concern for their teammate who left the gym for an area hospital, I was proud of how the girls stuck together and battled through to the end, this says a lot for our maturity and camaraderie”.

The Lone Pine High School volleyball team moves to 5-3 in the Desert Mountain League with a straight games win over Mojave.   Lone Pine Coach Mel Joseph indicates the Golden Eagles  hosted Mojave (Varsity Only) Tuesday defeating the Mustangs in three straight 25-8, 25-7, 25-9.   With the victory, Lone Pine moves to 5-3 DML, 9-9-2 overall. The Lady Eagles will now pack for four straight road matches beginning with a trip to Lancaster on Thursday to take on the Desert Christian Knights.

The Golden Eagles struggled on the road Tuesday falling to the Boron Bobcats.  The softball team lost 14-0 and the baseball team came up short 5-1.  Lone Pine will be back on the road Thursday to Acton for a Desert Mountain League showdown with Vasquez.

Coaches Comments, “More errors than innings is not a good thing.  The good news is, we defended some bunts and slaps successfully, and kept playing hard.  Young group, I am waiting for them to play to their potential against these more intimidating teams.”  Coach Liz Jones

Coaches Comments, “I believe we are starting to come together. Few things we need work on but we have lot of talent out there just need to start coming together as a team.”   Coach Mike Button 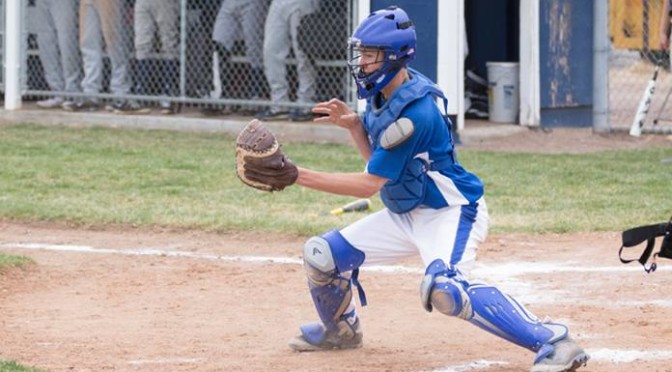 The Bishop Union High School varsity boys baseball team opened the 2015 season with a strong 24-4 road win at Lone Pine.  The Broncos jumped out to a big lead with an 11 run 1st inning.  Bishop pitchers combined for a two-hitter.  Senior Colton Reisen had a huge day going 2 for 3 driving in 6 runs.

The Lone Pine golden eagles downed Silver Valley Wednesday night 58-43 and Ryan Cappello had 22 points putting him over 1,000 points in his career.   Lone Pine head coach Scott Kemp says Cappello is the first player to hit the historic mark during his Junior season.  The win moves Lone Pine to 7-0 in Desert Mountain League play and 16-2 overall.
It was not only a special night for Cappello, but fellow Junior Brad Greene notched the seasons first triple double with 20 points, 22 rebounds and 12 blocked shots.  The third amigo in Lone Pines “Big Three”, Garrett Sullivan added 11 points, 3 rebounds and 3 assists.  Adrian Gonzales chipped in with 3 points and Preston Huerta added 2.
Lone Pine will start the second half of their DML schedule on Tuesday, January 27th with a trip to Mojave.

Photo by Gary Young Photography.  Ryan Cappello blocks a shot vs. Bishop in the Christmas Classic