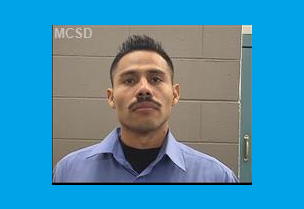 DECISION TO NOT SEEK DEATH PENALTY IN PEOPLE V. CORREA-VASQUEZ

Part of the District Attorney’s responsibility in a murder case is to make the decision whether to seek or not seek the Death Penalty. To assist in that decision, the District Attorney convenes a death review panel and conducts a Penalty Phase Investigation. The victim, Jose Omar Hernandez Sanchez, was brutally gunned down in the early morning hours of October 9, 2016, by the defendant Josue Adalberto Corea-Vasquez. The defendant was charged with murder with special circumstances of lying in wait which makes the crime eligible for the death penalty. The Death Penalty Investigation comprises of input from the victim’s family and friends, input from the defendant’s family and friends, consideration of the facts of the crime, background investigation into the defendant, ties to gangs, prior crimes, reputation and involvement in the community, and the overall purpose in seeking justice.

Since 1778, capital punishment has been a legal penalty in California. In 1972 the Supreme Court struck down the capital punishment statute however, within a few months, Proposition 17, was passed by the voters which once again legalized the death penalty. In 2012 and 2016, California again, rejected two initiatives to repeal the death penalty by popular vote. As of March 2019, current Governor Gavin Newsom put a moratorium on any further executions even though the law found favor with the California voters. Since 1972 only 13 executions have taken place with the last one in 2006. The California Department of Corrections and Rehabilitation records show 744 inmates currently on California’s death row.

Regardless of California’s history regarding the death penalty, as long as capital punishment remains as a lawful sentence, it is my legal obligation to thoroughly and thoughtfully consider all the information and facts in a very deliberate manner and decide whether the death penalty is an appropriate sentence to be applied in a case.

After receiving input from the Death Review Panel, meetings with the victim’s family and evidence gathered through the Death Penalty Investigation, as well as evidence provided by the defendant’s family, the office will not be seeking death as a sentence and instead will seek the maximum of life in prison without the possibility of parole. In balancing the crime with the information that was gathered, sentencing to life in prison outweighed death. Discussion with victim’s family was critical to this decision and although the murder of the victim will never be understood, showing compassion and not moving forward with a lengthy process will allow the family to heal and move forward.