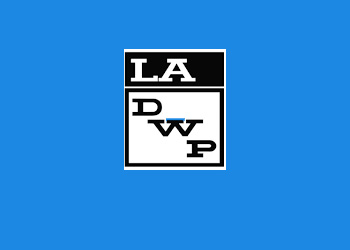 According to a press release from LADWP’s Amanda Parsons, During the Inyo County/Los Angeles Standing Committee earlier this week, the Los Angeles Department of Water and Power (LADWP) announced plans to maximize the spread of water in the Owens Valley this year to levels not seen since the wettest year on record, 1983-84.

The above average snowpack levels, registering north of 200 percent of normal to date, are expected to provide ample water supply for both the Eastern Sierra region and the LA Aqueduct. Runoff calculations from the Eastern Sierra are anticipated to be in the range of 900 to 1 million acre feet (AF) of water.

Due to the ample water supply, LADWP will be able to meet all water needs throughout Long Valley and Inyo County. The spread of this water is expected to improve local vegetation and groundwater levels, representing a significant recharge of the Owens Valley aquifer. Given the abundance of water, LADWP will conduct no discretionary pumping in the region – only necessary pumping for town water systems and Enhancement and Mitigation projects which always operate using groundwater, such as fish hatcheries and pasture irrigation.

“To date this winter we’ve spread 8,000 acre feet of water in the Owens Valley and we expect to spread a lot more,” James Yannotta, Manager of the Los Angeles Aqueduct for LADWP said. “We anticipate matching if not exceeding the amount spread during our wettest recorded winter.”

The wet winter is also expected to assist ranch lessees who will receive at least a full allotment of water this year, a much welcome reprieve from the   past five consecutive years of drought.

In all, the Department expects to release water to Long Valley and throughout the Owens Valley in Laws, Bishop, Big Pine, Independence and areas further south.

“In terms of water supply, this winter is good news for everyone – both the Owens Valley and Los Angeles,” Richard Harasick, Senior Assistant General Manager of Water System for LADWP, added. “There is ample water to go toward both our environmental commitments in the Eastern Sierra and supplying our ratepayers in Los Angeles.”

Also in the Standing Committee Meeting, the parties from both Inyo County and Los Angeles agreed to formally adopt revisions to the vegetation monitoring protocols outlined in the Green Book. The adoption of these revisions represents the end of a monitoring discrepancy that has been in place since 2005.

The Technical Group approved the new monitoring program at its meeting of February 9, 2017. Today’s approval by the Standing Committee makes the new protocols official.