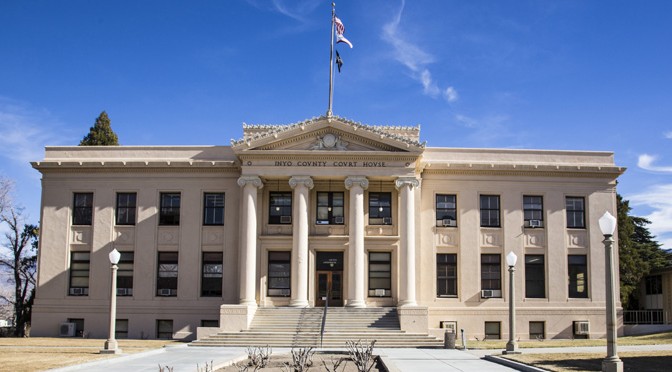 Bishop resident Dolores Kay “Lola” Marsh appeared in Inyo County Court Wednesday for sentencing.  On November 19th, 2015, Marsh plead guilty to two felonies, admitting to a felony count of grand theft and forgery. Terms of the agreement requiring Marsh pay $322,000 in restitution and serve 2 years in jail. Marsh was expected to sell her home and pay $100,000 to the victims, Inyo Mono Body shop, at sentencing Wednesday. At yesterdays proceeding it was revealed that the Marsh’s have been unable to sell their home, Judge Brian Lamb rescheduled sentencing for Wednesday, April 6th, allowing time to sell the home.

Marsh, currently out of custody on bond, will begin serving her two year jail term next week. Lola Marsh was ordered to enter custody on Tuesday, January 26th. Judge Brian Lamb noting that while Marsh will report to Inyo County Jail for processing, Mono County Jail would be an option for serving the two year term.

The case was prosecuted by the office of the Attorney General, with Edward Skelly speaking for the people at yesterdays sentencing.

The case was investigated by the Bishop Police Department, Sargent David Jepson was alongside Skelly for Wednesdays proceedings.