The Bishop Union High School Golf team has picked up right where they left off.  The Broncos won the High Desert League title last year and started the 2016 campaign with a strong  win at Rosamond.  The HDL opened play at the 9-hole, par 35 Rancho Sierra Golf Course.  Bishop was led by Freshman Troy Erickson who shot a 4 over par 74.  The Broncos had 4 golfers turn in scores of 80 or under.  Next up for the Broncos is a home HDL meet at Bishop Country Club Wednesday, March 9th. The Broncos golf team is coached by Ken Dutton.

The Broncos golf team finished as runners up in the CIF central sections division 2 championship.  Bishop Union finished just 10 strokes behind champion Bakersfield Christian.  First year coach Ken Dutton indicates that Senior Sean Mitton will advance to the CIF individual championships firing a 75 Monday.  Mitton’s 75 was good to place third, punching his ticket to individuals on May 19th.  The CIF central section individuals will be played in Porterville.

The Broncos won the CIF Central Section division 3 championship in 2014, but did not have a chance to repeat at div. 3.  The Broncos were bumped up to division 2 for this years post season.  In addition to Sean Mitton, the team was also represented by Brian Jones, Nic Orrill, Gabi Cortez, Charllie Boling, and Ryan Kiddoo.

The Broncos team season draws to a close, a season that included a High Desert League Championship. 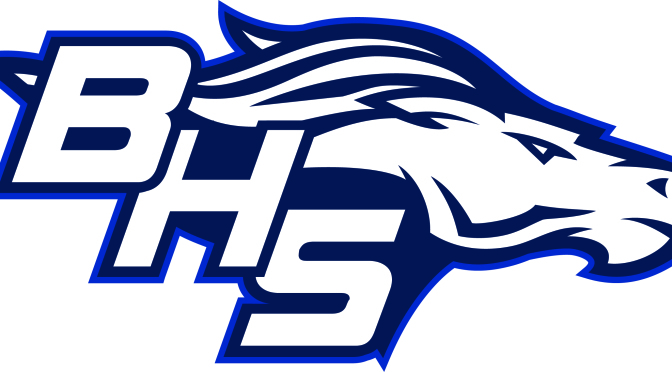 The Bishop Union High School golf team wrapped up an undefeated 2015 High Desert League season with a strong win Wednesday.  The HDL finals were played at Rancho Sierra Golf Club near Rosamond.  The field played the 9 hole course twice.  Rosamond played host to the HDL finals with Bishop easily talking home the team victory.  2nd place California City finished more that 100 strokes behind the Broncos.  Senior Sean Mitton fired the low round of the day, a three over par 73.  Freshman Nic Orrill joined Mitton in the 70’s with a 79.  Next up for the Broncos is a trip to Visalia to begin the CIF central section post season.  The Broncos won the CIF central section championship in 2014.

The Bishop Union High School Golf team remains unbeaten in High Desert League play winning at this weeks meet at rival Kern Valley.  The Broncos again easily out-shot their HDL competition.  The low round was turned in by Sean Mitton who returned to action after missing last weeks meet due to illness.

Next up for the Broncos is High Desert League Finals at Rosamond.  The match up is set for Wednesday.

Top golfer Sean Mitton did not play Wednesday due to illness, but Bishop Union High School had no trouble at California City.  With Mitton home sick, Freshman Nick Orrill picked up the slack leading Bishop to another High Desert League victory.

Next League Match Next Wednesday at rival Kern Valley

Senior Sean Mitton shot a 5 over par 75.   Freshman Nick Orrill fired a 79 and Sophomore Gabby Cortez finished third with a 85.

Bishop Union High School senior Sean Mitton turned in a fantastic round Monday at Bishop Country Club.  Mitton turned in the low round of the day with a sparkling 68, three under par at Bishop Country Club.  The Broncos defeated Ridgecrest Burroughs high school in a non-league dual.  Bishop turned in a team score of 427.  Mitton’s 68 was followed by teammate Brain Jones with an 80 matched by Burroughs top golfer Daryn Johnson.

The Bronco Golf team returns to high desert league play Wednesday with a trip to Rosamond.