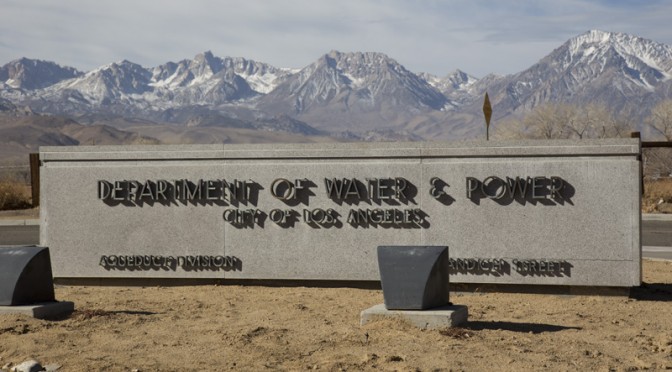 April 13, 2016
Submitted by the Great Basin Unified Air Pollution Control District
Keeler, California
Today, the Governing Board of the Great Basin Unified Air Pollution Control District (District) approved an innovative State Implementation Plan to control particulate air pollution and bring the Owens Valley into compliance with air quality standards for the first time. The plan includes the terms of a stipulated court judgment by the Superior Court in Sacramento County requiring the City of Los Angeles Department of Water and Power (LADWP) to complete the nation’s largest particulate air pollution control project on the dried Owens Lake bed. The District also adopted a new rule and order to LADWP to implement the plan. The plan will next be submitted to the California Air Resources Board and the U.S. Environmental Protection Agency for approval and adoption under the federal Clean Air Act.
For 102 years, LADWP’s water diversions into the Los Angeles Aqueduct created the dried Owens Lake bed, the largest source of dust pollution in the country, resulting in severe adverse health
impacts to our local communities. The plan requires LADWP to complete an additional 3.6 square miles of dust controls on the lake bed, bringing the total to 48.6 square miles, and allows the District
to require an additional 4.8 square miles of controls if needed to attain the air quality standards. The plan also allows LADWP to use new water saving measures to control the pollution, including tilling
the lake bed with the back-up of shallow flooding as needed, dynamic water management to more closely align the controls with the emission seasons and utilization of brine in dust control areas.
Immediate water savings will be enough water to supply hundreds of thousands of people.
According to Phill Kiddoo, Air Pollution Control Officer, “This plan will allow the citizens of the Owens Valley to breathe some of the cleanest air in the country and save water. More than 75,000 tons of dust per year have been controlled with dust mitigation implementation at Owens Lake, making this the largest air pollution project in the history of the United States. We also look forward to a new day of cooperation with LADWP to protect the health of our communities and the environment.” The full plan is available on the District web site at www.gbuapcd.org.

Statement from the Great Basin UAPCD

November 2, 2015. Bishop, California
The Great Basin Unified Air Pollution Control District (Great Basin) was awarded the 2015 Award for Excellence in Environmental, Energy and Resources Stewardship by the American Bar Association (ABA). Great Basin was selected for this prestigious award for its
historic achievement in obtaining the largest particulate air pollution control project in American history on the dried Owens Lake bed. By December 31, 2017, dust controls on 48.6 square miles
of the lake bed will reduce harmful particulate air pollution by up to 240,000 tons each year.

For more than a century, the Los Angeles Department of Water and Power’s (LADWP) diversion of the Owens River into the Los Angeles Aqueduct has linked the Owens Valley to the City of Los Angeles. These diversions created the dried Owens Lake bed, which was the largest source of dust pollution in the country. The fine particles of dust are dangerous to public health, especially the children and elderly population. Great Basin has stood firm to address the nation’s most polluted air and with completion of LADWP’s Phase 9/10 dust control project currently underway, air quality will soon be some of the nation’s cleanest.

“On behalf of our communities, we look forward to a new day of cooperation with the City of Los Angeles to protect the health of our communities and environment” said Phill Kiddoo, the Great Basin’s Air Pollution Control Officer. He continued, “Our dedicated staff
continue to serve the public with their skillful talent and deserve the majority of the credit for this award.”

The award was presented Friday, October 30, 2015 at the meeting of the ABA Section of Environment, Energy and Resources in Chicago, Illinois. 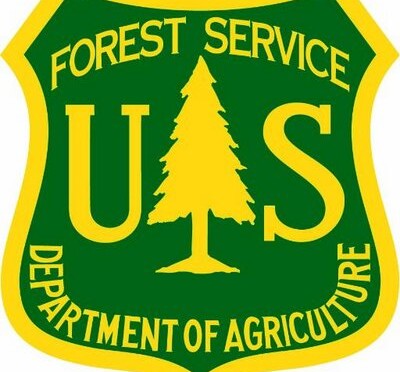 The Mammoth and Mono Lake Ranger Districts of the Inyo National Forest are planning to implement several prescribed fire projects for habitat improvement and hazardous fuels reduction in the upcoming fall and winter months.

Prescribed fires will be conducted when weather and fuel moisture conditions are within prescription to safely accomplish the project objectives. By prescribing the fire under optimum weather conditions, managers simulate the natural role of fire. This reduces forest competition, opens gaps in the forest canopy for sunlight to shine through, and recycles nutrients to the soil for re-growth.

Smoke may be visible at times from Highways 395, 158, 167, 120 and 203, as well as the communities of Bridgeport, Mono City, Lee Vining, June Lake, Mammoth Lakes and Crowley Lake. All prescribed fire activities will be coordinated with Great Basin Unified Air Pollution Control District in accordance with air resource objectives.

Understory burning in the Jeffrey pine forest is expected to begin in late October or early November:

1. East of Highway 395 on National Forest lands near Bald Mountain.

2. West of the Oh Ridge Gun Range near June Lake.

Following the accumulation of snow from fall storms, pile burning will be conducted, and is expected to continue into early winter.

In the June Lake area pile burning is planned on National Forest Lands on Reversed Peak and in the Down Canyon and Peterson Tract areas, and east of Highway 395 at the June Lake Junction.

In the Lee Vining area, pile burning is planned on National Forest lands at the Lee Vining Ranger Station on Tioga Pass Road and on BLM lands west of Highway 395 at Green Creek Road (south of Bridgeport).

A State Department-sponsored tour brought a delegation of twelve scientists to the US from Iran to consult with their counterparts on issues related to water shortages in the southwest US. Researchers from Iranian universities with backgrounds in civil engineering, hydrology, geochemistry and environmental sciences were hosted by staff from the Great Basin Unified Air Pollution Control District and LA Department of Water and Power for a tour and workshop at Owens Lake.
Water that once flowed to Lake Urmia in Iran has been diverted to support agriculture and urban populations that have a water demand larger than can be sustained by the available resources. This has caused the drying up of Lake Urmia, a terminal lake with no outlet that once covered 2,000 square miles. It now contains only about 5% of its former volume. Like Owens Lake, the lake bed is exposed to wind erosion causing enormous dust storms.
Lake Urmia dust storms have caused extremely high air pollution levels affecting the health of over 65 million people. The Iranian scientists were highly impressed with the air district’s automated air monitoring instruments and modeling system at Owens Lake, which has been acknowledged by researchers as the most advanced system used anywhere in the world. They were also very interested in DWP’s dust control measures at Owens Lake, because some of these methods could be utilized at Lake Urmia. Dust mitigation efforts at Owens Lake have been implemented over the last 15 years and are now about 95% complete, while dust control efforts at Lake Urmia have not been initiated.
Air Pollution Control Officer, Phill Kiddoo said, “At almost 20 times the size of Owens Lake, the health risk associated with wind-blown dust from the recently dried Lake Urmia, poses a significant health risk to millions of Iranians.  Sharing the information and knowledge gained from decades of research, air quality monitoring and operation of the District’s Owens Lake Dust Identification Program in conjunction with showing DWP’s successful dust control projects, provided powerful insight to the visiting scientists who are seeking feasible solutions to solve similar water shortage and dust problems at Lake Urmia.”

To help them understand the water shortage problems in the US, the Iranian delegation also met with experts at the Salton Sea, Mono Lake, and the Great Salt Lake in Utah. Most of them were making their first trip to the US. While in the Eastern Sierra they stayed three nights in Bishop for the tour that took place in late June. 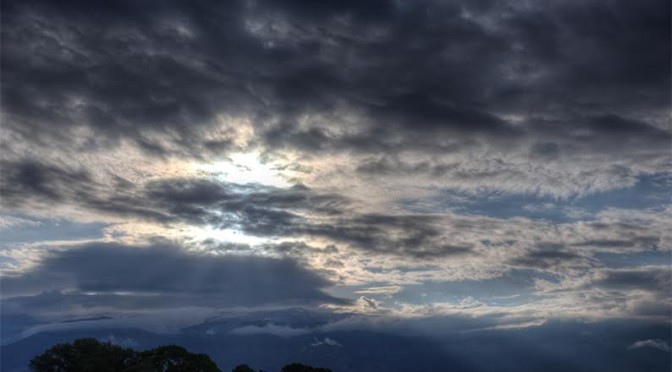 The Great Basin Unified Air Pollution Control District has two openings on its Hearing Board.  Hearing Board members are appointed by the District Governing Board to three-year terms.  The Hearing Board meets as needed throughout the year depending on requests for variances received by the District (average 4 meetings per year).  Each Board member is paid $100 plus mileage for each meeting they attend. Educational courses are also available to Board members to better familiarize them with the responsibilities of the Hearing Board. Experience is not necessary.  If you wish to serve your community and be an active participant in protecting the health and environment of the counties of Inyo, Mono and Alpine, please submit a Letter of Interest to Tori DeHaven, Clerk of the Board at 157 Short Street, Bishop, California.