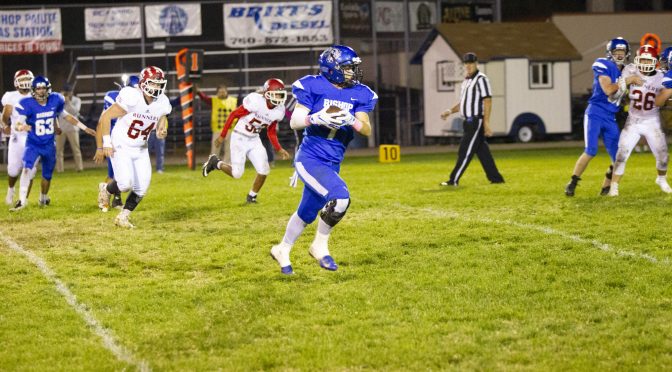 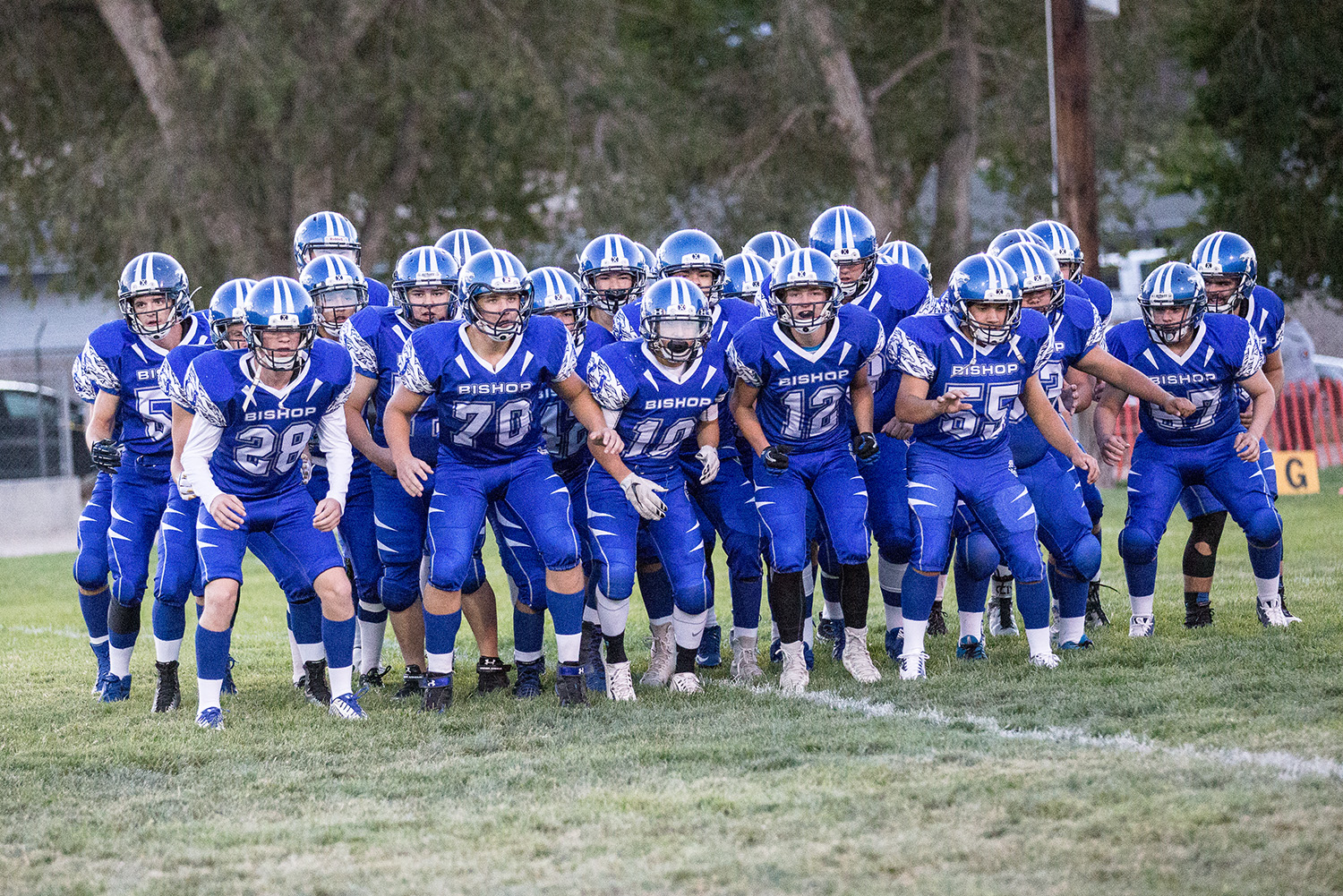 Fumbles occurred frequently in this game, with Boron coughing the ball up five times on the evening. The first one happened on the opening kickoff, when Boron captain, Kade Garrett lost the ball inside his own twenty.

Bishop started their first drive inside the Bobcat 20, but were unable to score inside the red zone, and turned the ball over on downs. Boron took over from their own 20 and ended up scoring off a run to the outside by Kade Garrett. The Bobcats then scored a two-point conversion thanks to a pass to the left side to Kade Garrett once again. 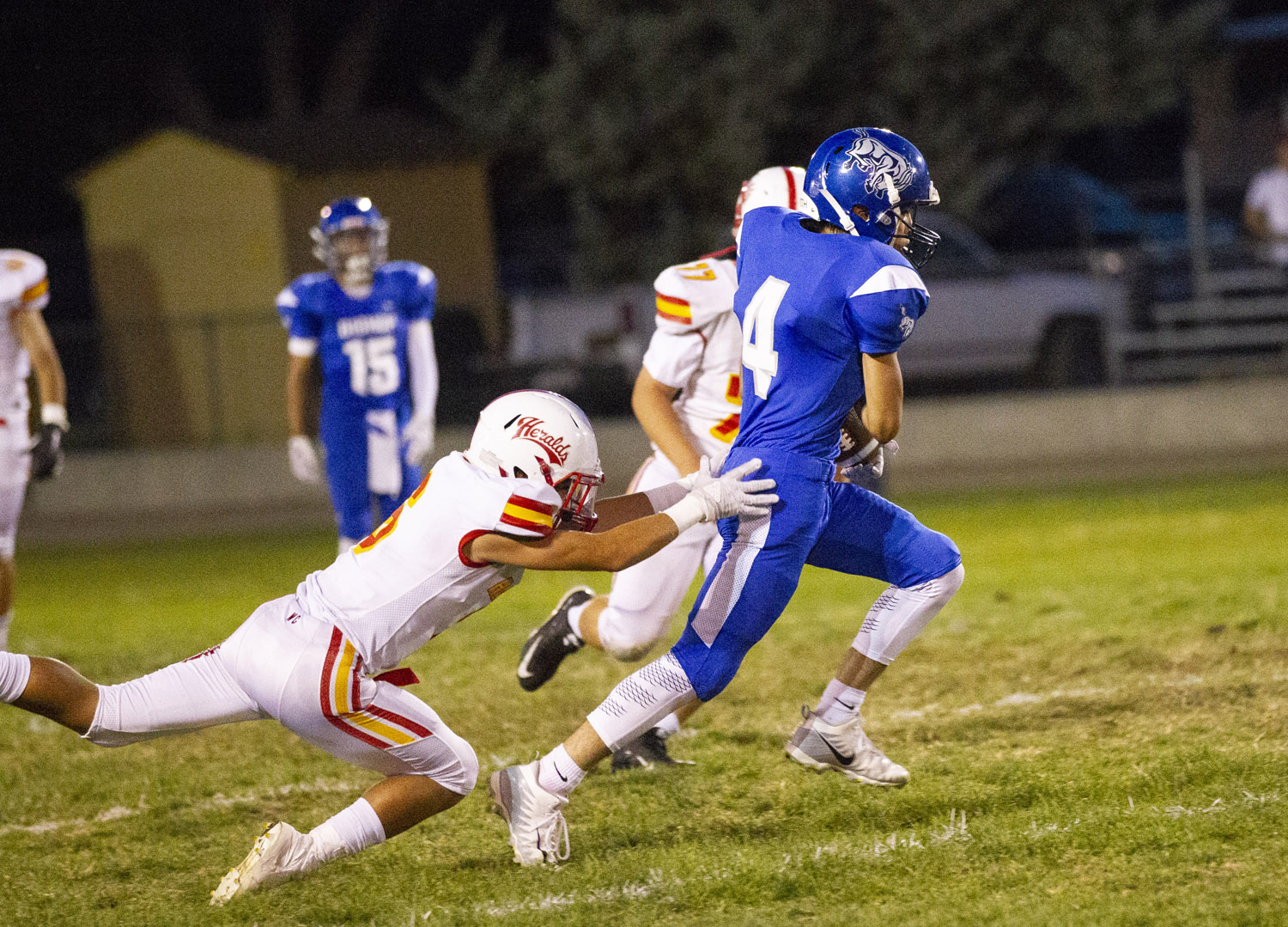 Arnie Palu’s team started their drive with good field position, but were not able to score, turning it over on downs once again.

The first score of the game for Bishop came after a Boron fumble, which provided the Broncos a short field. Bishop were able to score thanks to quarterback, Luke McClean’s athletic prowess. McClean weaved his way up the middle on a read-option and ended up scoring the first Broncos touchdown of the game.

After McClean’s touchdown,  the team began to impose their will on the ground with both Steven Paco and Wesley Pettet scoring one-yard touchdowns.