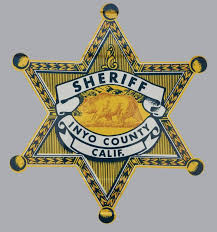 PANAMINT VALLEY/ DEATH VALLEY NATIONAL PARK, June 25, 2019 – On June 18 at 2:40pm the Lone Pine Sheriff’s Substation had a walk-in report of an overdue hiker. According to the reporting party and camping companion, 85-year old Neil Malloch of San Francisco, CA hiked to the Defense Mine from their camp location near the Minietta Mine on June 17 around 2:30pm and had not returned.

On June 20, China Lake Naval Weapons Center helicopter VX-31 joined in the search operation. At about 5:30pm, China Lake VX-31 located the subject deceased in Thompson Canyon. Due to the terrain and time of day the VX-31 was unable to recover Malloch.

The morning of June 21 CHP- Inland Division Air Operation and Inyo County Sheriff’s personnel conducted a hoist operation and recovered Malloch. He was flown to the Lone Pine airport where the Lone Pine Coroner took custody of his remains.