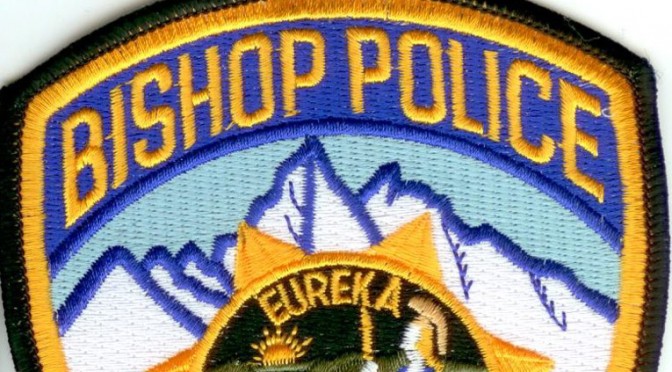 The Bishop City Council will meet Tuesday, October 6th at 11am.  The Special Meeting has been called to allow the Council to take three action items into consideration.

The third and final action item is a services agreement with a firm to investigate the claims of a September 16th “Letter of No Confidence” in then Chief of Police Chris Carter.  The letter signed by 7 members of the Bishop Police Department was addressed to the City Council and local media.  That letter included accusations against City Administrator Jim Tatum and Joe Pecsi and numerous claims against Chief Carter.  Those claims include misconduct, violation of established policies, and conflict of interest.   If approved by the city council Tuesday, the contact with Norman Traub Associates of Yorba Linda would pay the investigator $200 per hour plus expenses.  The City Council agenda indicates the cost of the investigation will be paid through the City’s general fund.

City officials announce Chris Carter Short Term Interim Chief of Police and address the “letter of no confidence” issued September 16th.  A statement released by the city today also confirms that they are  in the process of soliciting an independent, outside investigator to investigate the accusations included in the letter.

The City of Bishop has secured the services of the executive search firm, Ralph Andersen and Associates, to facilitate the hiring of a new Chief of Police. It is anticipated the hiring process will take 4-5 months and include a thorough background investigation. The vacancy is a product of the September 30, 2015 retirement of Chief Chris Carter. He will be ending a 31 year career in law enforcement, the final five years as the Chief of Police. Carter has agreed to return to the Bishop Police Department as a short term interim Chief under the classification of retired annuitant. The term of the contract will be for a period not to exceed 30 days and provide the City adequate time to identify a long term interim Chief, fulfilling the balance of the anticipated 4-5 month recruitment process.

Additionally, at the request of Chief Carter, the City Administrator and the City Council, the City of Bishop is in the process of soliciting an independent, outside investigator to investigate the accusations included in a letter regarding Chief of Police Chris Carter dated September 16, 2015. The letter was addressed to the Bishop City Council and numerous local media sources and was signed by seven members of the Bishop Police Department acting as individuals, independent of the Bishop Police Officers Association. It also included accusations against the City Administrator and a member of the City Council. Accusations to be included in the investigation will include, but not be limited to, misconduct, violation of established policies, conflict of interest, compliance with a formally negotiated MOU, misuse of government resources and violations of the Police Officers Bill of Rights (POBAR). Upon completion, any and all information resulting from the investigation and not subject to rules of confidentiality will be made available to the public.