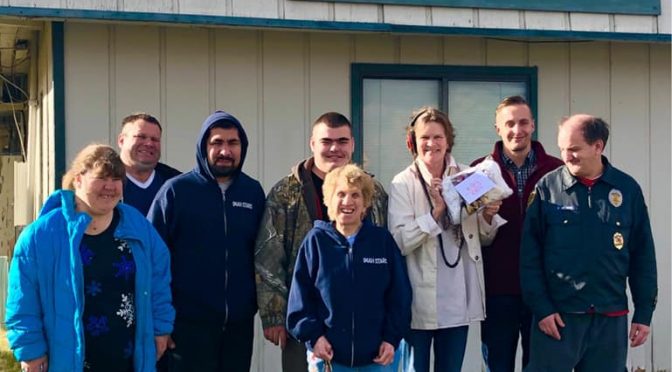 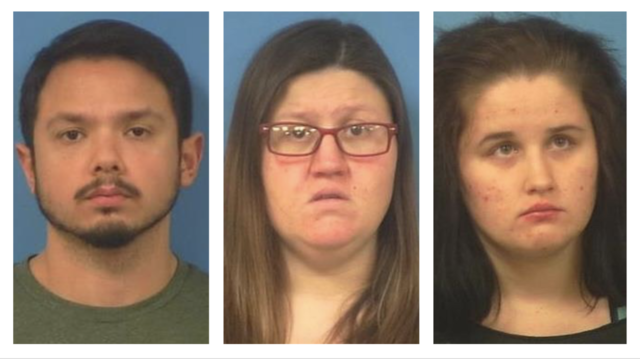 On November 16, 2018, suspicious circumstances were reported at a residence on Erin Street in Pahrump, NV. Nye County Sheriffs met with a 52 year old woman and 34 year old son, who were both mentally handicapped.

The son and mother appeared to be dehydrated, malnourished, and had poor hygiene. Both victims appeared distressed, and the male victim was mentally handicapped to the point that he could not talk and needed help with walking.

The female victim had rope tied around her wrists and ankles. Additionally, James Thatcher received help from 30 year old girlfriend, Chelsea Demille, who resided in the same apartment. James confined his brother and mother to a twin mattress with ropes and cables, while allowing them limited bathroom breaks and one bottle of water per day, as well as a small amount of food. It was discovered that the victims would often have to urinate on the floor.

Thatcher placed black window tint on the window for the bedroom and installed a surveillance camera to assure that the victims tried not to escape.

Both Thatcher and Demille also received help from an accomplice, 19 year old, Sandra Wombles, who assisted in the imprisonment of James’s family.

It was discovered that the victims had been confined to the bedroom since August of 2018.

James kept his mother and brother restrained in order to exploit their social security disability checks.

Detectives were able to attain a search warrant, and found a mattress with rope and cables, indicating the abuse of the mom and brother.

SEQUOIA AND KINGS CANYON NATIONAL PARKS, Calif. October 17, 2018 – Due to unexpected CalTrans road work on Highway 180, Cedar Grove will be closing for the season on Monday, October 22, 2018 at 10:00 a.m., three weeks earlier than planned.

Crews will be taking advantage of low water flows to shore up the embankments along the highway. The Highway 180 closure will be just east of Hume Lake Road.

The park is working to make contact with hikers, campers, and other visitors currently in the area, as well as alerting those who were planning to visit after Monday. For park information and trip-planning, please visit our website nps.gov/seki or call the main park line 559-565-3341.

For Sequoia National Forest information you can visit their website www.fs.usda.gov/main/sequoia or call 559-338-2251.

For more information about the Highway 180 closure and project, please contact Sam Yniguez, Information Officer for CalTrans District 6 via email at sam.yniguez@dot.ca.gov or phone 559-444-2518. You may also visit their website http://quickmap.dot.ca.gov/.