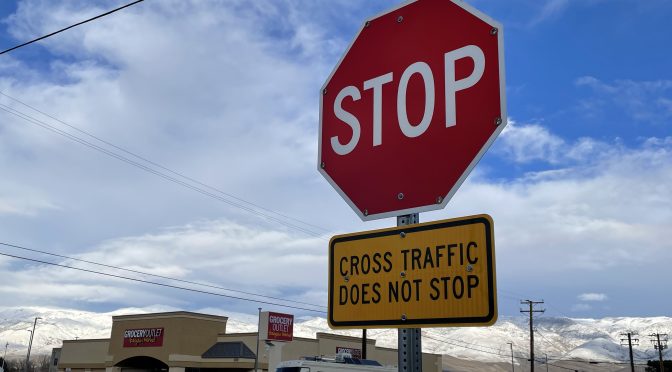 A KIBS listener called our news guy, Ken Harrison, stating his car was totaled in a recent accident, coming in on Highway 6, crossing into the intersection with Wye Road. The crosstraffic thought he had to stop.

The listener asked, “Why isn’t there a sign that cross traffic on Highway 6 does not stop?”

A call to Caltrans by KIBS/KBOV News asked the question on behalf of the listener.

We’re happy to report that Caltrans quickly took the suggestion, and recently placed that type of sign under the STOP signs at west and east bound Wye Road. It adds one more sense protection to through traffic on Highway 6 becuase the STOP also has a solar powered, flashing red ring around it, making more visable. 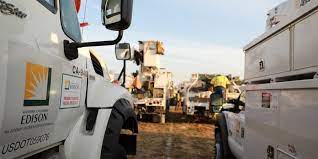 Each year, Edison International awards $40,000 college scholarships to 30 high school seniors to help them follow their dreams in science, technology, engineering or math (STEM) and empower them to change the world.

This is a chance for students with big dreams to advance their education and take part in shaping a brighter future.

The $40,000 Edison Scholarship application deadline has been extended to Monday, December 20. To apply, please visit www.edisonscholars.com 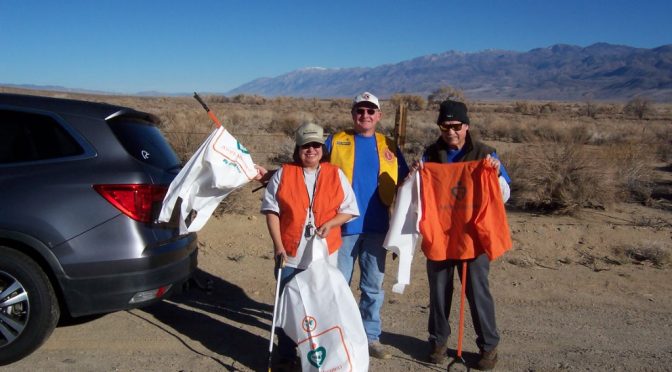 Thanks to all our Caltrans highway adoptees, which help keep our roadway clean.  Our Caltrans District 9 has been allocated $1.9 million to take part in the statewide Clean California program. One idea is to give a stipend of up to $250 to highway adoptee groups like the Lions, to encourage more frequent highway clean-up. 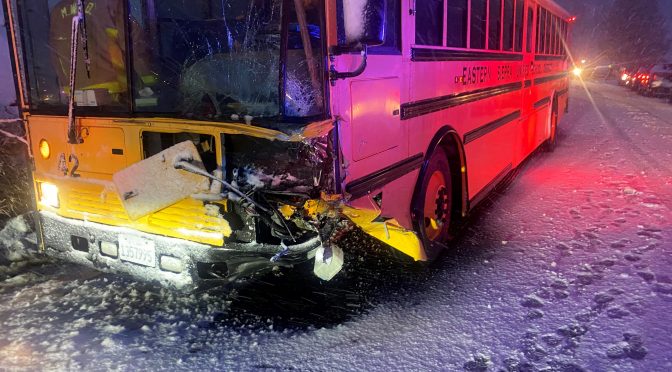 On Monday afternoon (12-13) CHP Bridgeport units rushed to a two-vehicle traffic crash on US 395,  approximately 2 miles north of Hwy. 108,  at the south end of the Walker Canyon, north of Chris Flat Campground.

US 395 was snowy and icy, with chain controls in effect. An Eastern Sierra Unified School District Bus from Coleville High School, driven by Lawrence Anderson, age 46, of Coleville, was carrying 8 students southbound on US 395 to their homes in Bridgeport.

A Toyota Tacoma driven by Robert Morten, of Chula Vista, age 50, was traveling northbound US 395. As both parties entered a curved portion of the highway, Mr. Anderson was unable to maintain control of the school bus, causing or allowing the school bus to cross into the northbound traffic lane. 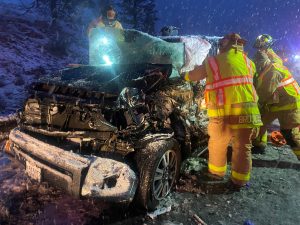 The crash was blocking the roadway and US 395 and was closed from 4:23 PM until 5:41 PM while emergency crews removed the driver and vehicles from the roadwayThis is an going investigation by California Highway Patrol 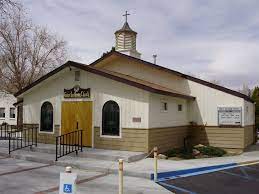 In a KIBS/KBOV News exclusive report, we have learned the  40-year-old preschool at Grace Lutheran Church will be closing as of December 17.

First reported by a listener parent to KIBS/KBOV on Wednesday (12-8) it was confirmed yesterday by the church’s Board President Rock Baker*.

A letter to parents from the church stated, “[The state] outlines very specific teacher-child ratios which we are no longer able to meet consistently.”

The church plans to hopefully regroup the school’s staffing and reopen in Fall 2022.

*Disclosure: Rock Baker is a play-play announcer for KIBS/KBOV’s Bishop Bronco sports coverage.  He did not initiate this story other than speak on behalf of the church to our inquiry.)

Believe it or not, election season for California counties starts up right after the holidays. January 3 is the first date that potential candidates may take out petitions to start gathering nomination signatures.  (Using a nomination petition waives filing fees for candidates.)

Candidates for Congress, State Senate and Assembly, and County Supervisors will have to wait until later in January for new redistricting maps to be finalized as some district boundaries may change

Between February 14 and March 11, candidates must declare they are running, including incumbents.

As happens often in some of the smaller local races, even if no one runs against the incumbents it’s not an automatic new term. Solo candidates’ names will still appear on the June ballot.

As with the 2020 General Election, every registered voter will receive a mail-in ballot. Live voter polls will also be open on Primary Election Day, June  7.

* Upon Sheriff Hollowell’s Dec. 15 retirement, Undersheriff Eric Pritchard will assume the office.  He, or anyone the county may appoint for the remaining term, will be able to run as the “incumbent” Sheriff in the June Primary. 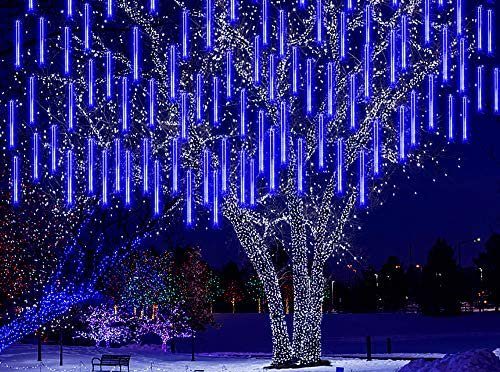 The 2021 Light Up Lone Pine Contest is on until December 16. Residents and businesses are asked to light up their exteriors.

Awards take place on Saturday, December 18 at the Pizza Factory.

A list of entries will be posted at the Post Office, and on social media sites with maps of viewing sites. Everyone will be invited to tour the town lighted sites after the awards. 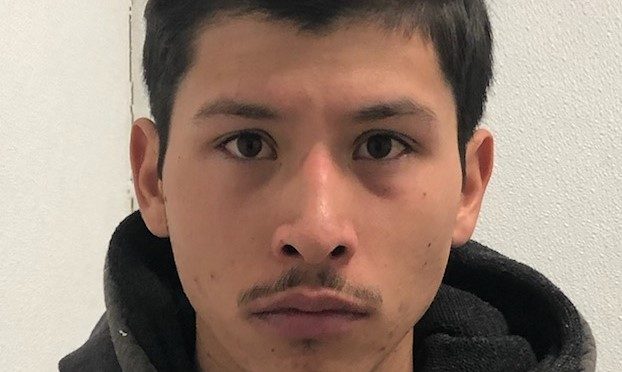 We reported on Wednesday (12-8), the Mammoth Lakes Police Department’s report on numerious vandalism over the past weekend.

If you feel that you have been a victim of this crime, please fill-out an online report on the MLPD website.

Stacy Van Nest, Athletic Director for Bishop Union High School Sports has announced the cancellation of the school’s hosting of the Annual Christmas Classic. She stated there were not enough teams willing to travel over the holidays to attend.

A replacement game has been added for the boy’s teams on Tuesday, December 28, vs. the Mineral County Serpents out of Hawthorne.

KBOV’s live play-by-play of Bronco Varsity Boys Basketball games will start with the first league game on January 4 @ Rosamond. AM 1230 KBOV’s Adam Gonzalez will broadcast all home and away games. 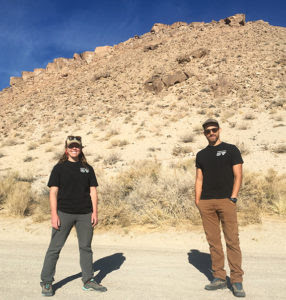 The Eastern Sierra Interpretive Association (ESIA) has hired two climbing rangers to patrol the increasingly popular climbing and bouldering areas in the Bishop area. This is the third year of the program.

The rangers will be focused on the Tablelands, Happys and Sads, the Buttermilks, Pine Creek, the Gorge and Upper Gorge, and the Druids.

One the of main goals is for the rangers is to provide education to climbers about where to park and camp, leave no trace principles, and climbing etiquette. Events like climber coffees will help develop a community forum for climbers in the area.

The climbing rangers will also track visitor use patterns including documenting parking and camping uses and tracking changes.

Lastly, the rangers will oversee restoration and stewardship activities such as campsite clean-up, trail delineation, educational signage, planting native plants in heavily used areas, etc. They will help coordinate volunteer events and look to remedy issues such as off-road travel and otherwise recommend long -term solutions to increasing use patterns.

Climbing in the Eastern Sierra is an interagency activity, so the climbing rangers are supported by numerous partners, including: Bishop Area Climbers Coalition, Bishop Chamber of Commerce, Friends of the Inyo, LADWP,  BLM, Inyo National Forest. 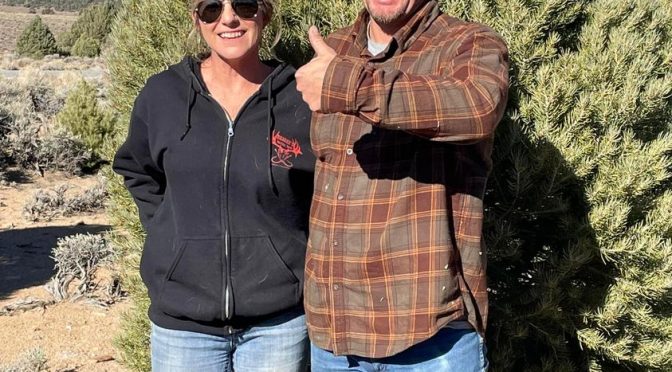 Permits are available online through their Bishop office – $5.00 per tree – may take up to 10. (Why would anyone need more than 10 trees?)

The trees are generally Pinon Pines located in the Benton and Bridgeport areas.  BLM will send complete maps and guidelines with a paid permit.

With the on-going drought and fire danger, the minor thinning of singular trees in this area helps the growth and stability of the rest of the forest.

STORY UPDATED 12-2) For our listeners on 102.3 KIBS in Hawthorne, NV, you too may take advantage of BLM’s tree cutting program. Contact the BLM Office in Carson City 775-885-6000 or check out their website for an application. The info/cost/process is the same as the BLM Bishop office. 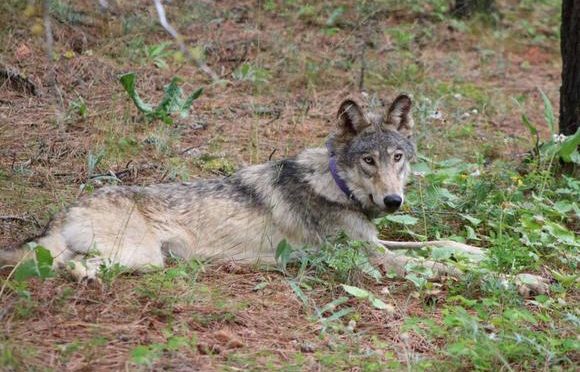 We at KIBS/KBOV are saddened to learn that unfortunately, on November 10, OR93 , the most southern-traveled gray wolf in California was found dead near Interstate 5 in Lebec, in Kern County.

We’ve been following the travels of the Southern Oregon-born wolf since his tracking collar reported him in northern Mono County on  February 25.  He then traveled through Yosemite.

By late March he was in Fresno County, and then entered San Benito County after crossing Highway 99 and Interstate 5. He was in Monterey County on April 1 and his last collar transmission was from San Luis Obispo County on April 5. Up until the loss of the collar signal, he had traveled 935 air miles – about 16 miles per day.

A few months ago he was spotted in Kern County, showing up at night on a rancher’s water trough camera.  Calif. Dept. of Fish & Wildlife tried to restart the collar’s tracking with flights over the area.

On the afternoon of November 10, the Oregon Department of Fish and Wildlife received a phone call from a truck driver who witnessed a deceased wolf along a dirt trail near a frontage road running parallel to I-5.

A CDFW warden quickly responded to the scene.  Wolfie was quickly identified as OR93, because of his collar.

Following a full investigation CDFW determined the wolf died from trauma consistent with vehicular strike and does not suspect foul play.

The carcass was transported to the Wildlife Health Laboratory in Rancho Cordova where a complete necropsy was performed. The wolf had significant tissue trauma to the left rear leg and a dislocated knee, as well as soft tissue trauma to the abdomen. The injuries were deemed to be caused by a vehicle strike.

Native Gray wolves became extinct in California in 1922. CDFW reports that the wolf population continues to grow in California, coming from other states, and are known to travel and roam long distances, as Wolfie did.

Gray wolves are listed as endangered under California’s Endangered Species Act (CESA). It is unlawful to harass, harm, pursue, hunt, shoot, wound, kill, trap or capture gray wolves. Gray wolves pose very little safety risk to humans. Gray wolves are generally much bigger than coyotes, they can sometimes be misidentified. with coyotes and even large dogs.

“Wolfie, named by this reporter, against a CDFW recommendation of applying human characteristics to wild animals, just wanted to be free and run through the Golden State. We were honored to have watch your journey!