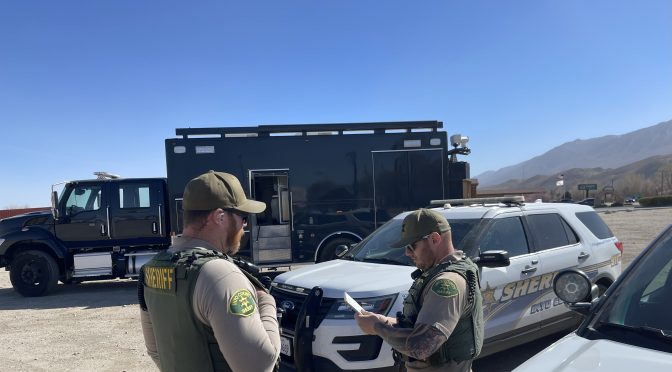 Upon arrival, the male subject provide two false names but was later identified as David Iuele, a 33-year-old man from Glenwood, CO.

After realizing the item was a stick of dynamite, the CHP Officer placed the device in an open area approximately 10 yards from the motel.

After Ieule admitted the device was his, he was arrested and booked into the Inyo County Jail for transporting an explosive device, PC 18715(a)(2), and placing a destructive device in a public area, PC 18725 – both felony charges. Additionally, he was charged with providing false identification, PC 148.9. Bail has been set for $100,000.

The device was safely removed from the area and disposed of by the Naval Air Weapons Station China Lake Explosive Ordnance Disposal Unit.