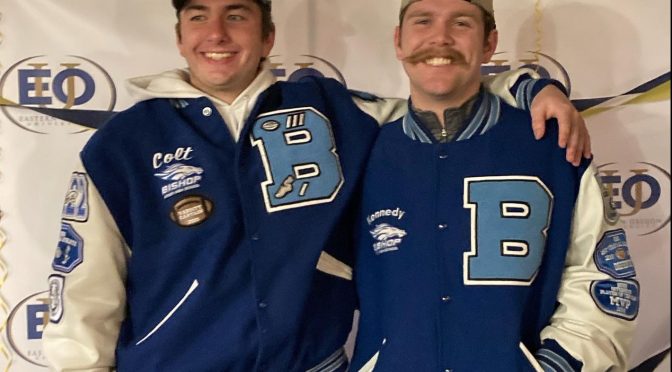 Colt Matteson (L) will play at Eastern Oregon University. He will study Nursing.

Kennedy Batchelder (R) will play at McPherson College in Kansas. He will automotive engineering.

Bronco Linebacker coach, Chris Matteson says “ I am extremely proud of both of these boys and look forward to watching their success at the next level”.