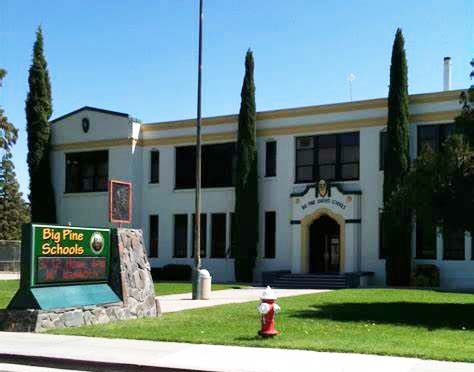 Big Pine Unified School District’s Principal/Superintendent Ed  Dardenne-Ankringa is back. His surprise resignation has been rescinded, and a new, three-year contract was agreed upon.

“Mr. D-A” as he’s known on campus, unexpectedly resigned last month. The teacher’s union, employee union, and several parents showed up at the following meeting to demand the reinstatement of the superintendent.

“Two board members have created a hostile working environment,” said two different parents at the time.

The “welcome back”  vote of the five-member Board of Trustees on Monday (2-7-22) was not unanimous. With the 3 -2 vote, Board Members Shelley Snoderly and  Carol Hambleton voted against the new contract.

Alison Amerg, president of the teacher’s union, the Big Pine Educators Association, stated after the meeting, “While we’re thrilled that Mr. D-A will continue to lead us, we regret that two board members are not supportive of the vast majority of the opinions of staff and teachers, many families and community members.”

Mr. D-A’s wife, Melinda, who works for the district and also resigned, was also reinstated with a new, one-year contract (with renewing options.)