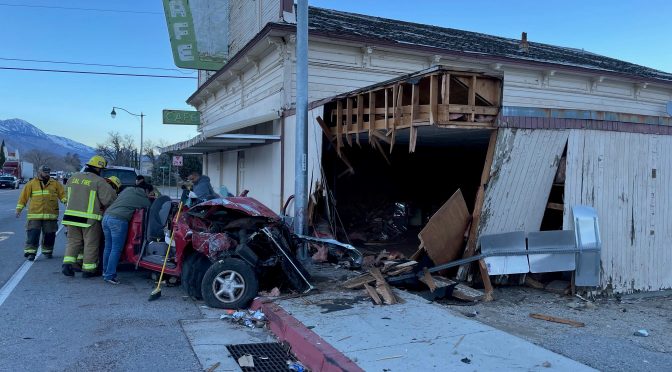 The pickup continued northbound on 395 at a high rate of speed before swerving to the right.  The pickup crashed into a light pole and into the long-vacant The Pines Restaurant building. The driver was trapped in the vehicle and he suffered major injuries.

The names of the victims were not released by CHP. The speeding driver is a 41-year-old male from INdependence. The SUV driver is 31 and from Bishop.  This crash is still under investigation by Bishop CHP.

(Media Note: Law enforcement agencies ask the media to use the term “crash” when reporting these stories. The term “accident” means there wasn’t a cause for this collision.  This was not an “accident”)