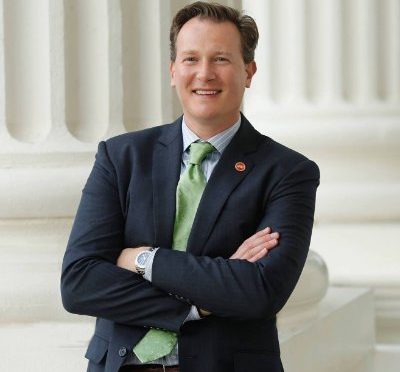 Inyo and Mono County’s State Senator for the 8th District, Andreas Borgeas, (R – Fresno) has announced he will not run for re-election in this June’s statewide primary election.

The former Fresno City Councilman and Member of the Fresno County Board of  Supervisors was elected to the State Senate in 2018.

“It has been an extraordinary honor and privilege to serve the nearly one million residents in the eleven counties of the 8th Senate District. Our team is beyond proud of what we have been able to achieve legislative and politically in Sacramento,” stated Borgeas.

“Anna and I would like to express our deepest appreciation to our family, friends, and everyone who has supported my tenure in public service. I look forward to remaining politically engaged and keeping up the good fight for our community in a future capacity,” He added.

Borgeas is known to be heavily involved in Fresno’s Greek and Armenian communities.

Due to redistricting, after the June and November election, Inyo and Mono Counties will now be in the 4th State Senate District, currently represented by long-term Senator Jim Nielson (R- Red Bluff). It is undisclosed if Senator Nielson will run for re-election.

Stay tuned to KIBS/KBOV News for the latest up-to-date on who’s running – who’s not in the 2022 Election Season.