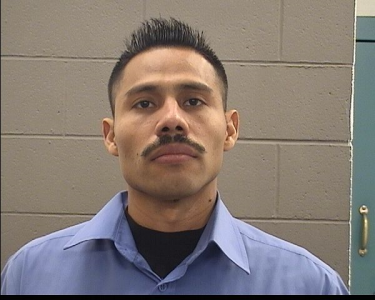 In our occasional on-air series entitled “What Ever Happened To . . .”, updating local news items from years ago, an update on the 2016 murder of Mammoth resident Omar Sanchez.

RECAP: On October 9, 2016, Omar Sanchez left his home just before 2:00 a.m. to drive to work at Vons. Mr. Corea-Vasquez, a fellow employee at Vons, parked across the street from Mr. Sanchez’s home about 90 minutes earlier and waited for Mr. Sanchez to come outside for his work shift.

When Mr. Sanchez exited his home and started walking towards his car, Corea-Vasquez approached the victim and fired 30 rounds from his AK-47, killing him almost instantly.

ARREST: In the days following the murder, his brother, Eliud Corea Vasquez, buried the gun outside of Shady Rest Park. After it was recovered, ballistics determined the cartridge casings found at the murder scene were fired from  Corea-Vasquez’s AK-47.

TRIAL: During the sentencing hearing, family members of Mr. Sanchez explained to the judge how their lives were impacted by Corea-Vasquez committing the murder. Mr. Sanchez’s 12-year-old son expressed his sadness that he will never again be able to spend a holiday with his father. Mr. Sanchez’s wife expressed the horror she has gone through the past five years, stating, “He has destroyed the hope that my children had to have a father to guide them as they grew.” Ultimately, she wanted the judge to know, “We don’t have hatred in our hearts because we know justice is being carried out.” Corea-Vasquez did not make a statement.

A Mono County jury found Corea-Vasquez guilty of all charges in October of last year. Corea-Vasquez was convicted of 1st Degree murder while lying in wait as well as an enhancement for using a firearm. The jury trial was prosecuted by Assistant District Attorney David Anderson.

UPDATE: On Tuesday, January 18, 2022, Mono County Superior Court Judge Mark Magit sentenced Corea-Vasquez to two life sentences for the special circumstance murder of Omar Sanchez. He will not be eligible for parole.

If you remember an old story and crime we can investigate and get an update on, please let us know at kibsnews@gmail.com.