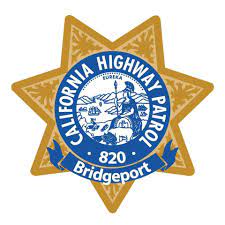 On January 11, 2022, at approximately 2:00 am, CHP Bridgeport was advised by Douglas County Sheriff’s Office in Nevada of a vehicle failing to yield southbound US 395 south of Gardnerville, NV. CHP was advised the subject was throwing drugs out of the window.

At approximately 2:13 am the suspect vehicle crossed the California/Nevada state line on US 395 near Topaz, CA. A CHP unit attempted to stop the suspect vehicle by deploying a spike strip on southbound US 395 just north of SR 108 but was unsuccessful.

Douglas County Sheriff units and the CHP unit continued pursuing the suspect vehicle southbound US 395 through the town of Bridgeport and south towards Lee Vining. Speeds in the pursuit varied from 60-80 MPH.

At approximately 3:07 am, CHP successfully deployed the spike strip at US 395 and the Mono Inn (north of Lee Vining). The suspect vehicle continued for a short distance until its tires went flat.

Once the suspect’s vehicle came to a stop, the suspect (driver) jumped out of the vehicle and ran down an embankment towards Mono Lake. Mono County Deputies took foot chase after the suspect, where after a brief foot pursuit the Deputies were able to handcuff the suspect.

The suspect, 39-year-old Charles Evanson out of Vancouver, WA, was booked into Mono County Jail for: Felony evading, Delaying a peace officer, and a DUI of drugs.