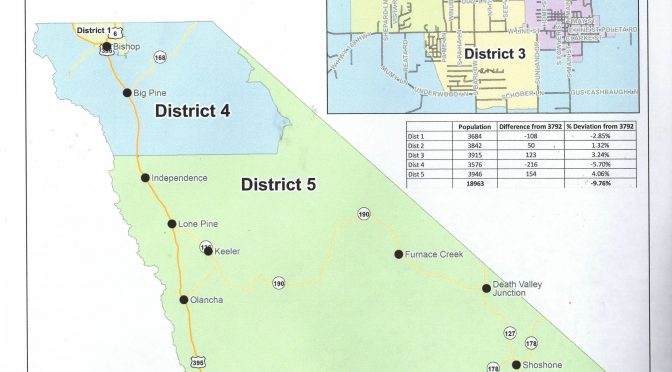 Yesterday (12-14), the Inyo County Board of Supervisors voted to adopt one of the twelve draft maps. The maps were posted on the County’s website for several weeks, and numerous public hearings were held.

Required by federal and state law, based on the every-ten-years census. The map takes immediate effect and will
remain in effect until redistricting occurs again in 2031.

Check the County of Inyo’s website for the new map of your area. The County advises that one’s supervisor may have changed due to the adoption of this map.

With the newly realigned districts, the 2021 Election Cycle will now start on January 3, when nomination papers for two supervisorial seats and numerous local, state, and federal offices become available, leading up to the June 7 California primary. 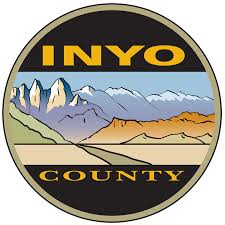