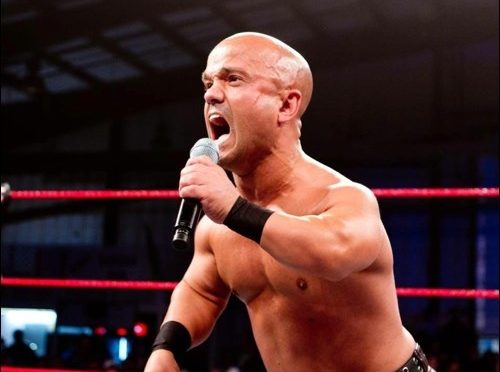 Local resident Allen Berrey is asking the Tri County Fairgrounds, and ultimately the Inyo County Board of Supervisors, and the public, to shut down the planned Midget Wrestling Warriors show that opens as the fair’s first main event on Thursday, September 2.

He says the show in demeaning and making fun of those with disabilities. He has pleaded his case in front of the Supervisors and had a letter published in a local newspaper.

Not so fast . . . in a written response to the Tri County Fair, Dan DiLucchio, the tour promoter of the event, also known  as Short Sleeve Sampson, a little person wrestler, stated the word Midget is used to promote the show – a product. The athletes are dwarfs, midgets, or shorter men and women under 5′ 2″.

“What else can we call our show?” he asked. “Vertically challenged wrestlers? We are not challenged in any way.”

“Midget Wrestling Warrior encourages those that happen to be short and to let them know no one can stop them from living out their dreams. ” DiLucchio added.

“Our mission is to give our athletes a place where they can perform all across the world, showcasing their athleticism, talents, and passion, in a professional atmosphere, ” wrote DiLucchio.

As for Fair’s organizer’s, they’ve turn over Berrey’s request to their legal department. Reportedly the show will go on, as planned.