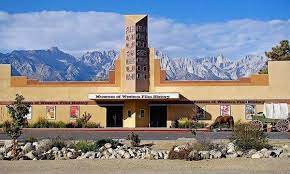 KIBS/KBOV News received confirmation yesterday that two major positions will be changing at the Museum of Western Film in Lone Pine.

Shawn Lum, the Director of the Museum, has resigned, effective August 15,  to take the open position as Director of the Eastern California Museum in Independence. That position was vacated with the retirement of long-time director Jon Klusmire. Shawn served the Museum for the last three years.

Chris Langley, the Inyo County Film Commissioner, is one of the founders of the Museum and now serves as its president. He announced his retirement to coincide with Shawn leaving. Chris said he will still be involved, spending time doing research and writing on the film industry in the west, which is what he enjoys doing.

The 31st Annual Lone Pine Film Festival will take place October 7 -10, 2021. Tickets for the panels and tours are on sale now at https://www.lonepinefilmfest.com/