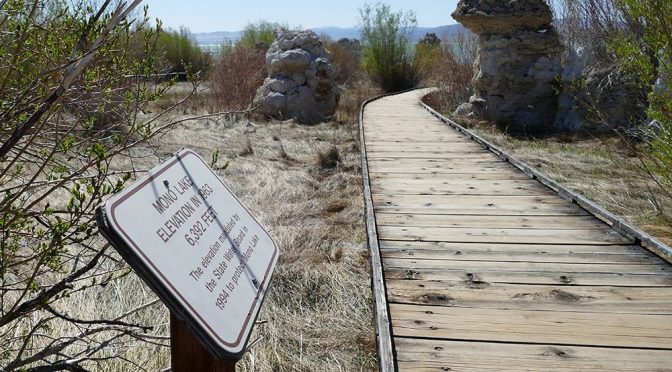 The Mono Lake Committee have announced the lake level has not risen as expected.

The 1994 state mandate was to rise the level of lake to a ecologically stainable 6,392 feet above sea level. As of the latest report just released by the Committee, the lake level “remains frustratingly out of reach.”  Currently the lake is  down by 11 feet from the 2014 projected level. 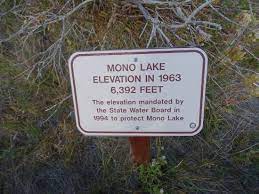 The biodiversity of Mono Lake has been affected by hydroclimate extremes and expanding climate changes, and later this year, may affect the island-based California Gull nesting sites. The Mono Lake Committee, LADWP, the Kucadikadi Tribe and other stakeholders continue to work on longterm solutions.