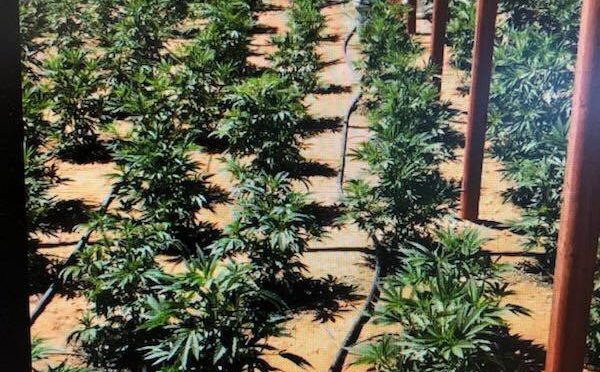 An estimate marijuana seizure worth $35 million in street value occurred on May 27, of marijuana was siezed on May 27 in Charleston View, between Tecopa and Pahrump, NV.

On March10, the Inyo County Agricultural Office was notified of a large illegal marijuana cultivation operation.  The operation had no county or state permits to cultivate marijuana.

On May 27, the Inyo County Sheriff’s Office, with assistance from the DEA, CDFW, BLM,  and Inyo County Agricultural Commission, along with personnel from the Cal Cannabis and Habitat Conservation Unit, served the warrants at each of the locations.

During the service of the search warrants, 15 cultivators were detained, identified, interviewed and released at the scene. Additionally five handguns and one rifle were seized.

Approximately 17,450 plants were eradicated from 31 grow structures from the three separate sites. The estimated street value of the seized marijuana was $34,900,000.00.