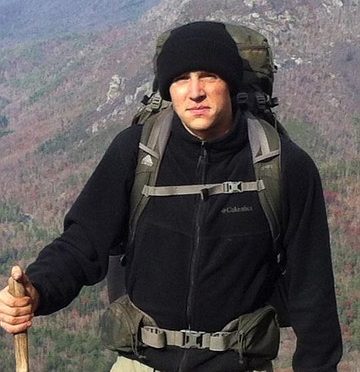 In our occasional series of  “Whatever Happened To . . .” , we follow up with news of the past that fell out of the news cycle months, or years ago – past stories, crimes, and criminals. Today we go back to March 2019.

It was an all-out effort to find a Marine, missing in the snow packed wilderness of the Eastern Sierra. Other than his rental car, found on March 9, 2019, at his planned trailhead above Independence, there were no signs of missing Marine 1st Lt. Matthew Kraft.

Kraft began his ski hike on February 24, 2019. He was to descend from the High Sierra trails by March 5, into USMC’s Mountain Warfare Training Center, located off the Sonora Pass, on Highway 108, 23 miles northwest of Bridgeport.

Mono, Inyo, and two other county Sheriff’s Departments, along with air units from CHP, National Guard, and the Marine Corps, and resources from three surrounding national parks were deployed in the search effort.

The trail the missing Marine planned to traverse is at the 9,000–12,000-foot level. The winter weather was so heavy; rescuers were not able to make it into Kearsarge Pass (11,709 feet), where Lt. Kraft was to have first linked up to the main south-to-north trial.

Flying the 200-mile route for over a week using thermal, night vision, and special technology to find people buried in avalanches, several points of interest were identified, but investigators determined animal caused the scenes.

Aircraft spotters found avalanches, ice fields, snow bridges, and crevasses along the trail. Possible trail exit routes were searched; in the hope that the Marine may have tried to come back down another way.

With no substantiated clues, Inyo County Sheriff’s Office called off the search assuming his body would be found in the summertime, once the snow melted.

At the time, several in the local hiking community said there is no way he should have been up there at that time of year. Yet he was trained as a winter survivalist. There was even some speculation that the Marine Lieutenant never went up the mountain. He was reportedly in the Elevation hiking store in Lone Pine the morning of the start of his trek. While the family hopes to have closure at some point, the Marine Corp. has declared him deceased as there have been no reports of sightings since that fateful week in 2019.

In the rough terrain in the wilderness of the High Sierra, we are reminded of the 2007 find, nine miles west of Mammoth Lakes, of the crash site of millionaire adventurer and famed aviator Steve Fossett’s plane, 13 months after his disappearance.

Also the January 2020 finding of the skeletal remains of Mr. Giichi Matsumura, an internee at the WWII Manzanar War Relocation Camp, who disappeared in an August 1945 “sanctioned” fishing trip into the Mt Williamson area.

(If you remember of news story from the past that needs follow up, please contact KIBS/KBOV News Director at kibsnews@gmail.com.)