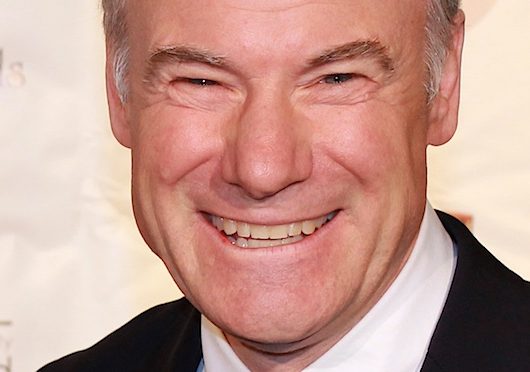 Listeners to the Gary Young Morning Show on 100.7 FM KIBS radio have noticed a new addition to the 8:15 a.m. “Chick Block” Hosted by KIBS account executive Sonya Hernandez, the segment presents three songs in a row by some of country music’s greatest female artists.

Sponsored by the Bishop KFC, the female segment now plays personalized promotional “liners” by none other than the Colonel himself.

While having worked in the business for decades, Meskimen rose to YouTube fame nine years ago with his rendition of Clarence’s speech from William Shakespeare’s Richard III, as a number of different celebrities, from George Clooney, Dr. Phil, to Droopy Dog.

His funny YouTube videos have garnered millions of views. Appearing on the eighth season of NBC’s America’s Got Talent, he placed into the live semi-finals at Radio City Music Hall. His live one-man show entitled Jimpressions, has taken him around the world. Australian TV’s Today Show labeled Meskimen “The World’s Greatest Impressionist.”

Ken Harrison, KIBS’ news director, first met the actor when he reached out to Meskimen to see if he would consider doing his impressionist show in Encinitas, at the historic 1928 La Paloma Theater. Meskimen quickly responded yes. He was very familiar with the La Paloma. Meskimen visited the area often. His mom, actress Marion Ross, has a home in Encinitas, also Harrison’s hometown.

“Jim asked me to get up and do some stand up comedy, opening the show for him,“ said Harrison.

Harrison had stayed in touch with Meskimen over the years. “He is very creative, talented, and deserves all of his success,” said Harrison. “We really are honored to have such a talent do some liners for us.”

“He makes us want to head out the door to KFC after the show,” said Hernandez.