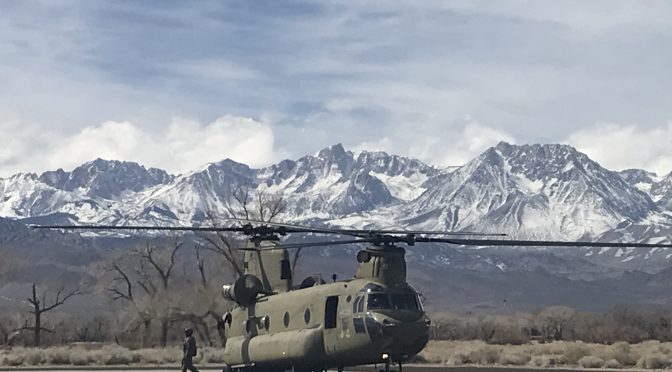 After being beaten out by bad weather for two days, a multi-agency rescue effort finally reached two stranded female hikers above the 10,000′ level on Mt. Tom.

On Sunday, Inyo County Sheriff’s received a SPOT alert (a  satellite messenger device used by hikers in emergencies.) Inyo County Search and Rescue were unable to head up the trail due to bad weather. Over the next 36 hours, several helicopters were dispatched, but unable to execute a rescue due to very high winds.

Inyo County SAR, aided by numerous other agencies, after a nine-hour hike, reached the two female hikers. One had fallen down a 40′ embankment.

A break in the high wind occurred overnight (3-9-21) .  At 2:00 a.m. a rescue helicopter took off from the Bishop Airport. By 3:30 a.m., both female hikers were aboard the chopper. The hikers were returned and transported to a local hospital.