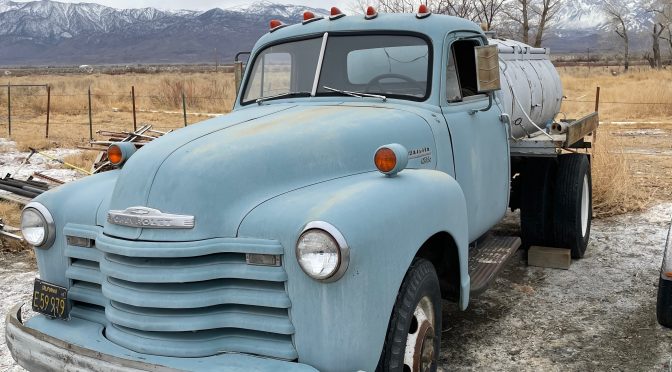 Wouldn’t you look really cool driving around the Eastern Sierra in this baby?

The Laws Railroad Museum and Historical Site, has announced an auction for their 1951 Chevy 6400 Water Truck. Additionally a 1950 Freight Trailer originally from Bekins Moving is up for auction. It was  last used, and painted baby blue, by a former Mammoth painting contractor.

Both items are individually up for auction. Sealed bids with a minimum of $400 need to be dropped off at the Museum offices by noon, March 20.