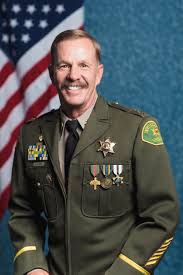 “The Sheriff of Inyo County, Jeffery Hollowell, elected on June 5, 2018 and took office July 13, 2018, has filed a $20,000,000 Government Tort Claim against the County of Inyo. This action was taken in connection with the illegal release of confidential records, libel and slander, and arises from the actions of the Deputy Director of Personnel, her nephew former county employee Reuben Bradley, and former county employee Joshua Nicholson.”

“A Government Tort Claim is something that precedes the filing of a lawsuit which will be filed in the United States District Court shortly”, stated his attorney, Anthony M. Perez of Sacramento, California. “The County of Inyo has 45-days to accept, reject or avoid responding” Perez said. ”