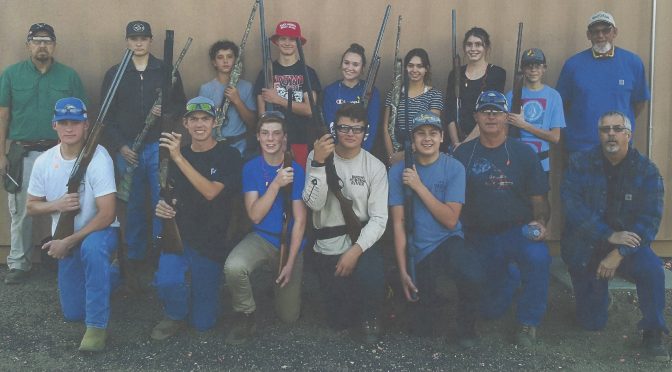 Bishop Union High School students have an upcoming opportunity to join a trap shooter’s club. An informational meeting will be held for potential student members and an attending parent on Tuesday, February 23, at 6:00 p.m. in Room 403 on campus.

It will be the second year that Bishop Union High School has produced a team to compete in a statewide school league.

“It’s a hybrid club,” said one of the advisors, metal and wood shop teacher Tim Wickersheim, meaning not only is it a school sponsored club, meeting after school, but the group will be able to complete with other schools. Trap shooting is not a recognized CIF sport for high schools.

Due to COVID, there will be no traveling to other schools for meets. Once the season begins on March 29, the club will shoot at the Bishop Gun Club. Weekly scores will be recorded in the league’s database.

During the six-week season, students will each shoot up to 50 rounds a week at the launched clay traps. A minimum of 25 per week is required for scoring.

Last year, the school team placed second in a 15-school competition. Now a Bishop High senior, Owen Hildebrand, was able to place third last year in his individual effort, hitting 24 out of 25 traps in the statewide competition.

Safety and having fun is first and most with club members. The students learn and practice the three rules of gun safety; never point a gun at someone, always assume its loaded, and don’t walk around with your finger on the trigger.

Advisor Wickersheim stated that students interested need not go out and buy shotguns or ammunition. The club advisors have plenty to share, although ammo has been in very short supply around Eastern Sierra gun shops.

Should COVID restrictions be lifted, a statewide season-closing competition will take place over in the San Joaquin Valley, in Kingsburg, on the weekend of May 22.