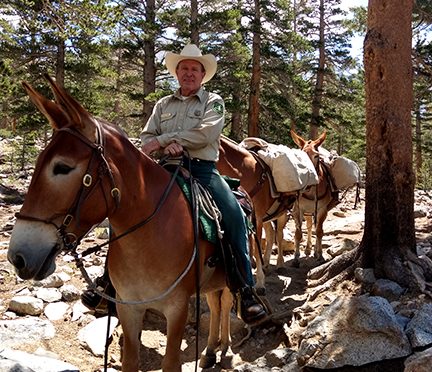 Michael is the Wilderness and Trails Supervisor in the Mammoth Ranger District. He has served the US Forest Service for more than 40 years.

“I am honored and humbled to have been selected for this recognition,” Michael said.

Michael has partnered with numerous organizations to accomplish trail maintenance projects and represented the US Forest Service at the Tournament of Roses Parade twice.

“This is a well-deserved award and I’m so glad that NFRA is recognizing Michael’s many accomplishments during his long career on the Inyo. I’ve had the pleasure of working with Michael since the early days of my own career and know him to be a person of integrity and quiet determination and have always admired his commitment to public service, especially wilderness and trails, said Inyo National Forest Supervisor Lesley Yen.