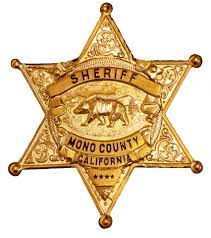 Thanks to our media friends at KOMO 8 in Reno, confirming the couple was arrested in Erie, PA in 2018. William Larsen pled guilty to Possession of Marijuana with Intent to Deliver. Known in 2018 as Yesenia Arriaga, she did not plea, but entered and completed a court-mandated Accelerated Rehabilitation Disposition drug diversion program.

KIBS/KBOV News has confirmed that William was sentenced to 24 months, but served only six months under electronic custody.

The crime-fighting organization Secret Witness is offering a $2,500 reward for information leading to the arrest and prosecution of a suspect.  Contact the Mono County Sheriff’s Office 760-932-7549.

On Monday, November 9, just before 6:30 a.m., a Caltrans  snowplow driver observed two bodies on the shoulder of Highway 395, approximately ten miles north of Bridgeport. The highway was immediately closed, and personnel from the Mono County Sheriffs’ Office and CHP quickly responded to investigate.

It was determined that the man and woman had been murdered.

The Sheriff’s department office has taken the lead on the homicide investigation.

The names of the deceased will not be released until next of kin have been notified. It is confirmed that neither are local to Mono County or surrounding areas. The crime appears to be specific and targeted

The Sheriff’s Department stated, “There is no threat to the community of Bridgeport.”

Additional details will be released as they become available, provided the investigation will not be compromised.

Highway 395 in both directions was closed for the investigation until early Tuesday morning. A northbound detour was established on Hwy. 168/NV Hwy. 338, north to NV Hwy. 829 & 208 coming out on Hwy. 395 north of Topaz, NV. Same detour for reverse direction for southbound Hwy. 395 coming out of Minden/Gardnerville, NV.

Unfortunalty a big rig crashed, due to the traffic back up on Hwy. 182, which needed to be closed for about three hours. Caltrans announced northbound-through motorists  on Hwy. 395 approaching Bishop were advised to take Hwy 6. to U.S. Hwy. 50 to get to the Carson City area. In Mono County, Hwy. 167 to Hawthorne.

With all the closures, it was traveling nightmare for motorists and truckers with the addition of chain controls in effect on Hwy. 395 from Mammoth to June Lake, and through Lee Vining.