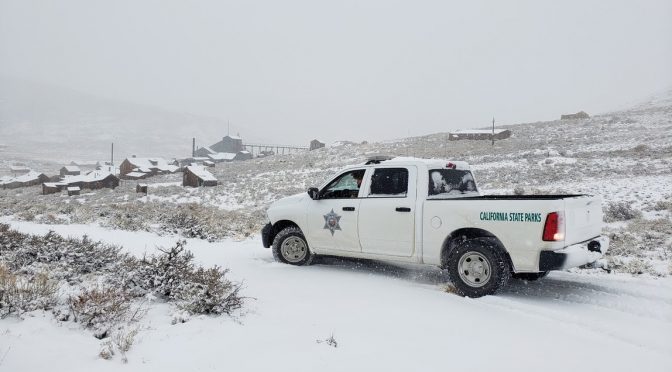 Caltrans temporarily closed the road to Bodie State Park – Highway 270  – for the expected weather and snowfall over the November 7 weekend, along with three other Eastern Sierra highways; Tioga Pass Hwy. 120 into Yosemite NP, Sonora Pass Hwy. 108, and Monitor Pass Hwy. 89. Yosemite NP has also closed their portion of Hwy 120 thru Tuolumne Meadows into the valley floor.

They may not reopen this year, according to Caltrans officials. They will review upcoming weather this week to decide.

State Parks Rangers hunker down, still working in Bodie through the winter. At 8,379 feet, Bodie is unprotected from weather by terrain and often posts the lowest winter temperatures in California, and sometimes for the U.S. 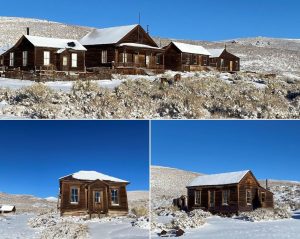