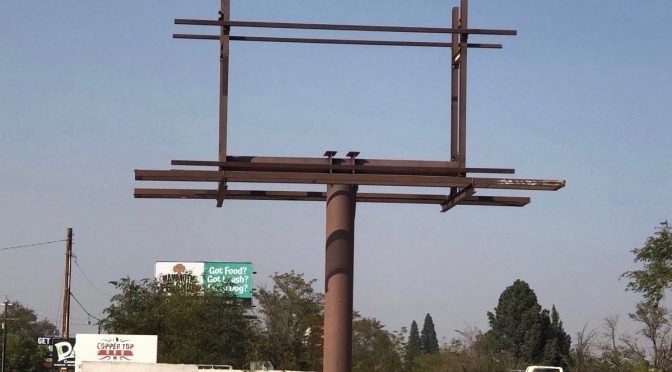 The huge Mammoth Beanie disappeared from its southern post in Big Pine about a week ago. We had hoped it was not an indication of the projections for a lower than average winter.

Not to worry. Its gone to get its annual design makeover, according to Jim at Lamar Signs in Lancaster, the creators of the billboard. KIBS will be on the scene when the 2020-21 version is unveiled in about another week.