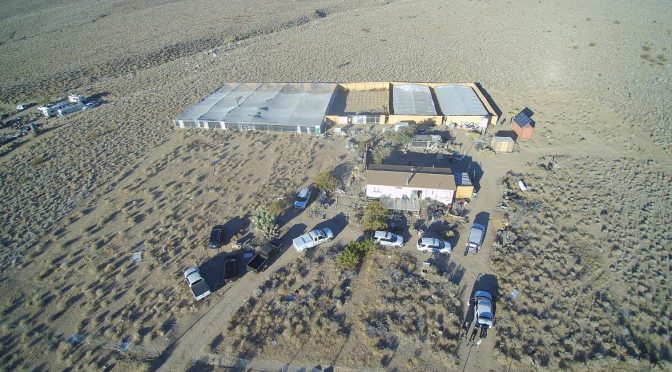 On Tuesday, October 27, 2020, at approximately 7:00 a.m., an Inyo County Deputy Sheriff stopped a vehicle on Highway 395 just north of Lake Village Road near Olancha, CA.  The driver identified himself as 33-year old Noel Chavez from Bakersfield, California. During the stop, the Deputy smelled a strong odor of freshly cut marijuana. Chavez was detained for possible out of county felony warrants, cited for driving without a valid driver’s license and transported to the Jail for booking/identification.

Further investigation and additional evidence obtained via the suspect’s cellular phone revealed an illegal marijuana cultivation site at a residence near Olancha. A search warrant was served at the location.

During the search the following items were seized, 261 marijuana plants, 110 pounds of drying marijuana, 320 pounds of shake marijuana used making honey oil, 9 pounds of processed bud for a total weight of over 700 pounds of marijuana.

The suspect was arrested and charged with cultivation of marijuana.