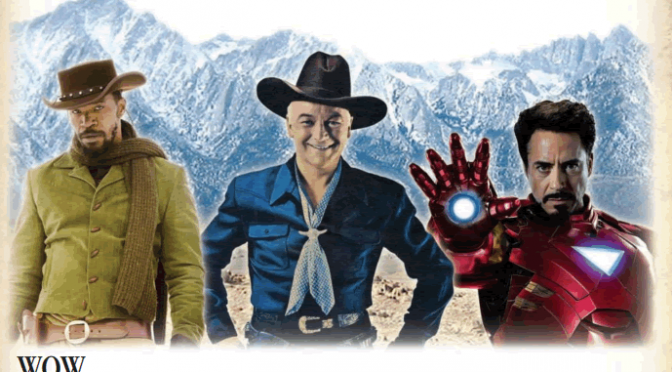 After a very successful virtual film festival over Columbus Day weekend, the Museum of Western Film in Lone Pine announced the 31st annual festival is on the calendar for October 7 – 10, 2021.

This year should have been the 31st annual event, but due to the virus situation, was canceled. The museum put together a virtual “Watch Party” with recorded tours, interviews, and panel discussions, as a fundraiser. Over the weekend, more than 200 western movie fans logged on to view the presentations at their leisure.

Several festival fans gathered in Lone PIne during the past weekend anyway, even without an official festival, to watch the shows in lobby of Dow Villa Hotel in Lone Pine. The historic Dow not only served the movie -making industry in its heyday, but has been the unofficial gathering place for festival regulars for years.

The virtual festival hosted the world premiere of the 4K restoration of Macintosh & TJ, Roy Rogers’ last starring role. The 1975 film had not been shown on TV or streaming services, nor had not been  available on DVD for decades.

Lone Pine’s Alabama Hills and Mt. Whitney’s backdrop  have served as Hollywood’s back lot since 1915, as a filming location for over 400 movies and TV shows.  The festival  is the only film fan gathering in the world which is held on location where the movies were shot.

The virtual event was so successful, and assuming public gatherings will be the normal in late 2021, the museum plans to host another Watch Party during the actual festival .

(This post’s author, News DIrector for KIBS/KBOV, has served as one of the Festival’s parade announcers and the town’s Karaoke Contest MC for the last 10 years.)