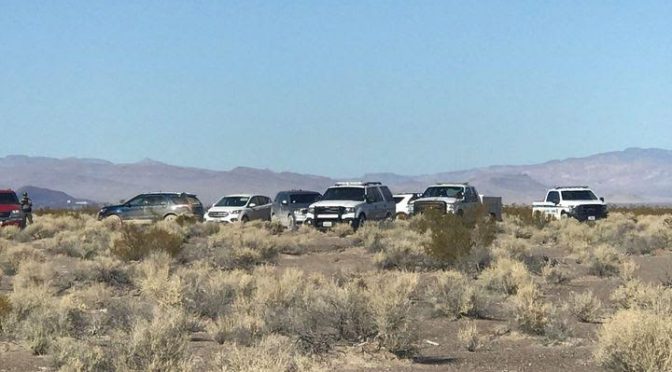 At 7:15 a.m. on Sunday, October 11, Zachary Salyer, 34, of Amargosa Valley, Nevada, called the Nye County Sheriff’s Office to report he had shot someone. Salyer reported that the victim was on a dry lake bed in Amargosa.

A body was found in the small community of Amargosa Valley on a dry lake bed in Death Valley National Park, inside the California state border. Inyo County deputies, an evidence technician, the coroner, and the county’s DA’s office responded.

The suspect was arrested for a fatal shooting.  He was charged with first degree murder, and transported to Inyo County Jail, being held on $1,000,000 bail.

The victim’s identity is being withheld pending notification of next of kin. This is still an open investigation.