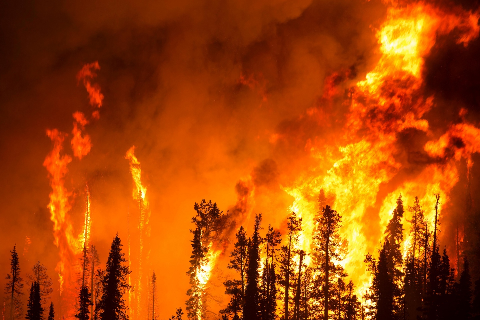 For now, the north eastern part of the Golden Trout Wilderness on the Inyo remains open, which keeps the Pacific Crest Trail and trails at Cottonwood Pass, Trail Pass, and Cottonwood Lakes open as long as those itineraries avoid the closure areas on the Inyo and the Sequoia National Forest (as a rule itineraries heading north from these trails).

If you are considering hiking or backpacking into the Golden Trout Wilderness from the Inyo, please be advised that there is an uncontained fire and substantial smoke a in the area. Please consider alternatives.

The Castle Fire started by lightning and is currently 23,625 acres and 0% contained.