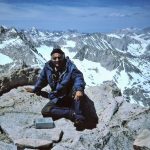 It is with a heavy hearts that the Metivier Family announce the passing of our beloved husband, father, grandfather, and great-grandfather Donald W. Metivier. “Dad,” entered the Lord’s presence, peacefully late afternoon on August 9, 2020, at the age of 93.

He was born January 25, 1928 in Manitowoc, WI, to parents Ernestine and Willard Metivier. Enlisted in the U.S. Army after graduating from Lincoln High School in 1946.

Worked as a Corporal in the regular Army, Classification Specialist for the Department of the Adjutant General, at Fort Lawton, WA. In charge of interviewing, debriefing and giving aptitude tests of soldiers returning from overseas and re-enlistees after the end of World War II. Decorated World War II Victory Medal and under the G.I. Bill benefit, attended Michigan State University. Graduated in 1952 Bachelor of Science Degree in Forestry and a minor in engineering.

Met the love of his life, Patricia, at MSU equestrian class. Began a career with the Forest Service at Lassen National Park, CA, before moving to Tillamook and Cannon Beach, OR. Cape Lookout State Park and Collier State Parks, preforming duties as a park ranger.

Continued an impressive second career as a Design Engineer for Aeronutronic Division of Ford Aerospace in Newport Beach, CA, in 1955, relocated to Santa Ana, CA. Retired in 1989, before moving to Chalfant Valley, CA.

Lived a full life raising eight children and loved art, theater, music, travelling, mountaineering, backpacking, and camping with family. Climbed over 250 peaks in the western US, loved the Sierra Nevada, and the Rockies. Avid ice hockey and football fan.

Donald is preceded in death by sons, Daniel, James, and infant Joseph. He is survived by wife of 67 years, Patricia, daughters, Michelle, Yvonne, and Nannette, sons, Patrick, Thomas, and Paul, numerous grandchildren, and great grandchildren.

Faithful member of Our Lady of Perpetual Help, Catholic Church, Bishop, CA. Funeral mass to be determined. The family requests your prayers and well wishes. In lieu of flowers, perhaps a donation to favorite charity in Donald’s name. Thank you.