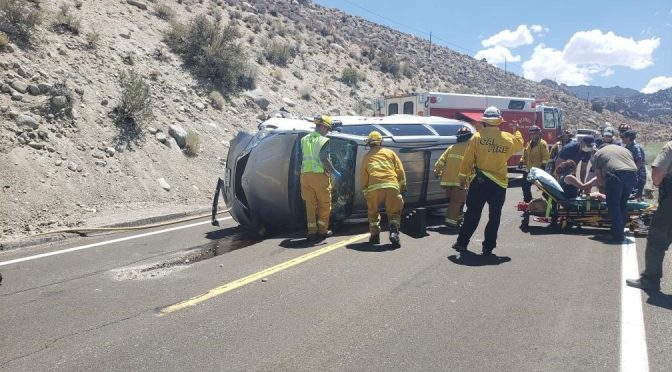 The front of the vehicle collided with a boulder and as the vehicle continued in a easterly direction overturned onto its left side coming to a stop blocking both lanes of traffic. The driver sustained fatal injuries as a result of the collision. The two passengers were transported to Northern Inyo Hospital.

The identity of the fatal victim is to be released through the Inyo County Coroner’s Office.

This traffic collision is still under investigation by the California Highway Patrol, Bishop Area.