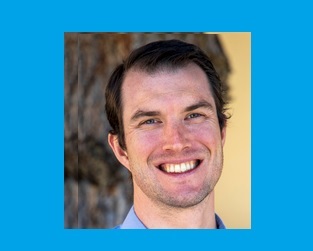 Northern Inyo Healthcare District’s Board of Directors is postponing its search for a new Chief Executive Officer. The Board is instead opting to extend the service term of Interim CEO Kelli Davis as well as Interim Chief Medical Officer Dr. William Timbers for one year.

The moves follow a June 24 Board meeting presentation on the District’s proposed budget for the coming fiscal year. Like all rural healthcare facilities across the country, NIHD faces serious deficits and budget challenges due in large part to COVID-19. The District will face a $4.7 million deficit at the end of the current fiscal year, with a projected $10.6 million loss in the next fiscal year, which begins July 1.

District leaders presented a mitigation plan that calls for some currently vacant staff positions to remain that way. The District also will review major service contracts, refinance its bond debt, and begin other district-wide reductions designed to narrow the deficit gap. Efforts to increase visitation, and ultimately revenue, will be undertaken as the pandemic environment allows.

Behl told the NIHD Board that he and the NIHD Finance staff took a very conservative approach to the 2020-21 budget. “I can totally understand that no one likes surprises, especially bad ones,” Behl said.

Behl then suggested that the Board consider halting its CEO search, saving the District almost $600,000 in recruitment costs and CEO salary and benefits. “Management led by Kelli Davis has a lot of initiatives in flight,” Behl said. “The team is nimble and agile, and I cannot stress enough how dedicated and diligent your management team is, and I think that should be a matter of great pride.”

Behl said in his professional opinion bringing in a new CEO at this time could be counterproductive to the existing leadership team’s efforts. “Any CEO will have an agenda, and we will see a steep curve in onboarding a new CEO. A leader like Kelli, who is already in the District, who has already proven herself, who enjoys the support of the various teams, well, I would request the Board consider allowing this team to continue its work and suspend the CEO search for at least a year,” Behl said, noting there is just too much at stake to think otherwise. Chief Nursing Officer Tracy Aspel and Interim Medical Officer Dr. William Timbers supported the idea, noting the great collaboration they’ve had with Davis. Both CNO and ICMO, although deferred any final word on extending Davis’ interim service to Davis.

Davis agreed to accept the extension. When asked how this would further impact her role as NIHD’s Chief Operation Officer, Davis acknowledged that realignment of some COO duties would need to take place. While some would go to other chiefs, Davis also noted strong players with the District. “We also have amazing directors, managers, and assistant managers that we could pull into service, especially once we look at the mitigation plan.”

Davis also referenced the importance of the Board approving the request to make the CMO position a permanent one.

“We have a lot of work to do moving forward. Having a resource in a solid executive team is imperative,” Davis continued. “To do the job that needs to be done here, we have to have that, and that is what we are asking the Board tonight. We have a lot of homework here. This is not a job we cannot do, it’s definitely something we can. We need to get the budget in alignment and to address the knowns, the anticipated, and the unknowns.”

The Board had initiated CEO recruitment, signing a search agency contract just weeks ago. Citing their displeasure with the agency’s responsiveness, the Board agreed to try and withdraw from the contract after legal review and consultation with Behl. The Board then unanimously agreed to postpone the CEO search, and later unanimously approved making the CMO position permanent.

Board member Mary Mae Kilpatrick turned the tables on Dr. Timbers. She asked him if he would extend his interim service term to match Davis’ new commitment. Dr. Timbers said he had discussed the possibility with his family and weighed what that would mean to his work as an Emergency Department physician. Looking at a waiting Kilpatrick, he said he would indeed match Davis’ service term.

Board Chair Jean Turner had nothing but praise for the District’s team. “When I think about where you started and what has been accomplished with this team, it makes my head spin. I feel informed, and I feel as if I am now able to truly be part of the team and be able to help. It is astounding, just thinking of all the district leaders that made this happen. I’m sure there were night and weekend hours that went in for us to be here tonight with this much information. I cannot thank you enough, and it clearly illustrates what this team has been doing and is capable of.”

The Board is holding a special meeting this weekend to work with governance expert Dr. Jim Rice. The next regular NIHD Board meeting is set for Wednesday, July 15, 5:30 p.m. These meetings are available via the Zoom video conferencing application to comply with social distancing precautions. Look for agendas and Zoom invites on www.NIH.org.