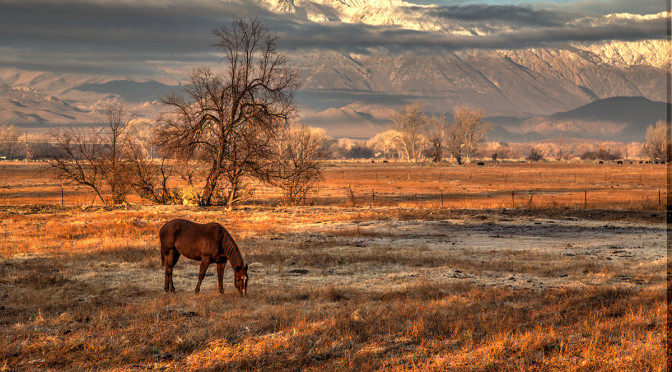 BATTLE MOUNTAIN, Nev. – The Bureau of Land Management (BLM) Nevada will host its annual statewide public hearing to discuss the use of helicopters and motorized vehicles and aircraft in the monitoring and management of wild horses and burros on public lands in Nevada. The hearing is scheduled for Thursday, June 25, 2020, from 5 to 6 p.m. at the Lander County Courthouse located at 50 NV-305, Battle Mountain, NV 89820. For the health and safety of participants, wearing of masks during the public meeting will be mandatory and all other CDC and Nevada health guidelines will be followed.

The purpose of the hearing, required by the Federal Land Policy and Management Act, is to solicit public comment on the use of helicopters and fixed wing aircraft to estimate wild horse or burro population size and the use of helicopters to gather and remove excess animals. The hearing will also consider the use of motorized vehicles to transport gathered wild horse or burros, as well as, to conduct field monitoring activates.

Nevada’s statewide wild horse and burro population numbers currently exceed 51,500 animals, which is more than 400 percent of the approved appropriate management level of 12,811. Having an overabundance of wild horses and burros above BLM management levels may cause resource damage resulting in limited forage and water availability, which reduces the number of animals that the land can support.

Since legislated removals began in 1976, the BLM Nevada has removed more than 161,196 wild horses and burros from Nevada’s rangelands. Over 5,477 of those animals have been adopted or sold locally; the majority of animals gathered in Nevada shipped to other states for adoption, sale or older animals are sent to off-range pastures to live out the remainder of their lives.

BLM Nevada has partnered with the Northern Nevada Correctional Center (NNCC), for over two decades. The NNCC and BLM-Nevada not only hosts public adoption offering saddle-trained animals through a competitive bid process but, the partnership is responsible for training animals to be used within other state and federal agencies programs such as the local Sheriff and U.S. Marine Corp Mounted Units, the U.S. Border Patrol and Park Services and U.S Forest Service and both State and Federal Fish and Wildlife agencies.

If you cannot attend the hearing, written comments must be mailed to the BLM Battle Mountain District Office, attention: Jess Harvey, 50 Bastian Rd, Battle Mountain, NV 89820 and must be received by close of business on June 25, 2020, to be considered.

The BLM manages more than 245 million acres of public land located primarily in 12 Western states, including Alaska. The BLM also administers 700 million acres of sub-surface mineral estate throughout the nation. In fiscal year 2018, the diverse activities authorized on BLM-managed lands generated $105 billion in economic output across the country. This economic activity supported 471,000 jobs and contributed substantial revenue to the U.S. Treasury and state governments, mostly through royalties on minerals.

On June 16th, the Board of County Commissioners adopted County Resolution 2020-08: A Resolution Opposing BLM’s Round-Up of Wild Horses and Burros by Helicopter in Nye County: https://www.nyecounty.net/DocumentCenter/View/36812/Item32