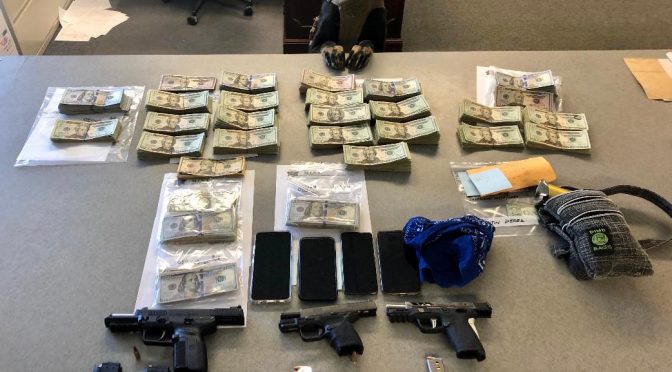 LONE PINE, CA, June 10, 2020 – Shortly after midnight on June 9, Inyo County Sheriff’s Deputies conducted a traffic stop in Lone Pine on a vehicle with no tail lights. During the traffic stop Deputies detected a strong smell of marijuana emitting from the vehicle. While temporarily detaining the four occupants of the vehicle, Deputies observed a loaded handgun under the driver’s side seat.

Due to improper storage of a loaded handgun, and the strong smell of marijuana, a canine search of the vehicle was conducted. The vehicle search revealed two additional loaded handguns, narcotics, and $100,665 in cash packaged in shrink wrapped plastic.