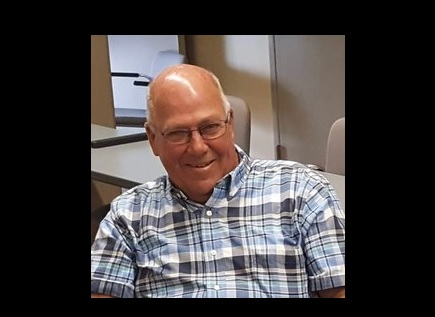 George Batchelder was born November 30, 1946 in Burbank, CA to Ralph and Eleanor (Harmon) Batchelder. He died at home, of complications of multiple myeloma, on May 3, 2020.

George’s family moved to Mammoth Lakes when he was 8 years old. They lived in a tent on their lot on Berner Street until they finished building their home. For the last 37 years George lived in Bishop, CA.

Growing up in Mammoth Lakes, George was a skier. In fact he won the Village Championship one year. Dave McCoy took a group of young Mammoth ski racers to the Junior Nationals on the East Coast, and also to Europe and provided a lot of experiences and opportunities they would not have otherwise received. George was always appreciative of Dave’s encouragement and those opportunities.

George served in the Army, in Viet Nam, from 1967 to 1969. He received various commendations, and on the paperwork for his Bronze Star for Valor, it was noted, “with complete disregard for his own life” he provided the necessary duties for the “eventual success” of the unit, and did so displaying “courage and professionalism under heavy enemy fire.” These are qualities George carried on through all of his life.

Being a volunteer fireman was a big part of George’s life. He was on the Mammoth Lakes Fire Department as a teenager, and he was eventually the assistant chief, and chief, for a short time. After moving to Bishop, he joined the Bishop Fire Department. George was described as one of the most knowledgeable people in hydraulics, pumps and water systems in the area. He enjoyed his relationships with the other firemen and maintained those friendships throughout his life.

George worked at the Mammoth Water Department, and the Mammoth Mountain Ski Area. He eventually developed his own business, Batchelder Enterprises, and supplied heating services to the extended Bishop area for over 25 years. He frequently went out of his way to provide additional assistance and care for his customers, and many of those customers became friends.

George liked to fly, and he owned a small plane for many years. Keeping with his habit of helping others, he frequently flew people to various destinations and took others for tours of the local area. George enjoyed the challenge of flying, and he eventually obtained his instrument rating.

George had accepted Jesus as his Savior, and it was important to him to grow increasingly in his Christian walk. He was active in Calvary Baptist church and served there in various capacities, mostly as an Elder or Deacon. He was also a teacher in the Awana children’s program and was loved by the children he taught. He only stopped participating in that program due to his health issues.

George was an exceptional person; quiet, kind, caring, humble, loyal, hard working, practical, and strong. He was diagnosed with multiple myeloma in 2015 and accepted all of the treatments and complications with an amazing strength and without complaint. Until he went Home, he continued to display concern for others. He leaves a strong legacy of love and spiritual commitment for his family and friends… an inspiration to become increasingly better Christians and put others first. George was a humble man, and he frequently said he was “only a sinner, saved by God’s grace.”

A service will be scheduled when possible at a future date.